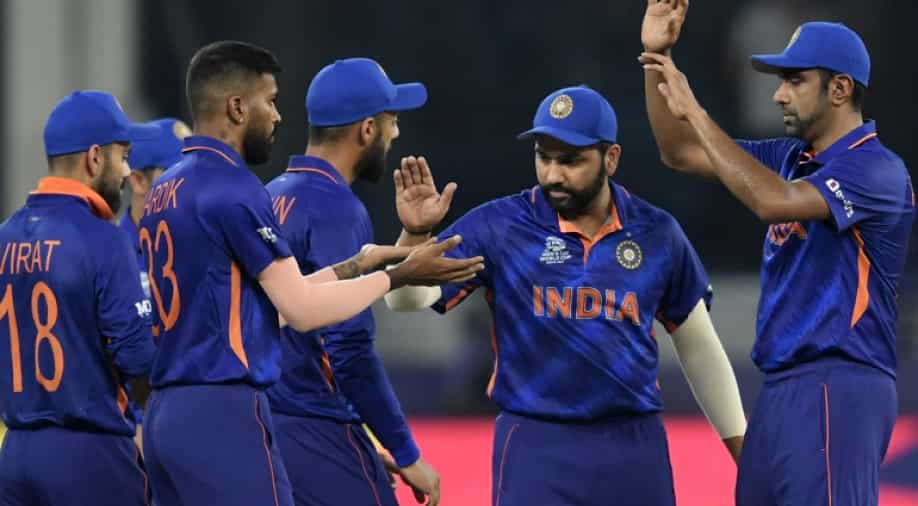 Will India drop spinner Varun Chakaravarthy for Rahul Chahar or Shardul Thakur in their final Super 12 clash of the T20 World Cup 2021 against Namibia on Monday? Here is a look at India's predicted playing XI for the match.

India's fate in T20 World Cup 2021 will be decided even before they take the field against Namibia in their final Super 12 clash at the Dubai International Stadium in Dubai on Monday (November 07). India's hopes rest on the shoulders of Afghanistan, who are in a must-win situation against the Kiwis.

Heading into the game, New Zealand are placed second in the Group 2 table while India are placed third with a slightly better net run rate than Afghanistan, who are at the fourth spot with as many points as India (4) from four matches. If New Zealand beat Afghanistan they will finish second in the group and qualify for the semis.

However, if Afghanistan manage to pull off an upset agains New Zealand, they will give both themselves and India a chance to become the second team from the group to reach the semis while dumping the Kiwis out of the tournament.

India's eyes will be on the result of the Afghanistan-New Zealand game, however, they would want to finish their Super 12 campaign with a win against Namibia irrespective of the result of the first game on Sunday. After facing back-to-back defeats in their first two matches, India have bounced back strongly with two big wins against Afghanistan and Scotland in their last two games to keep their semi-final hopes alive.

The Virat Kohli-led side will be looking to extend their unbeaten streak to three matches against Namibia on Monday. The batting line-up is unlikely to be changed as both openers Rohit Sharma and KL Rahul have looked in great touch while the likes of Rishabh Pant and Hardik Pandya have also fired with the willow.

In the bowling department, Kohli might be tempted to play Rahul Chahar in place of Varun Chakaravarthy, who has struggled to pick wickets so far in the tournament. Shardul Thakur might also come in for the right-arm spinner giving India an extra pace option against Namibia.

However, Kohli might not want to change the winning combination from India's clinical 8-wicket win against New Zealand in their last game and would be looking to continue the winning momentum.