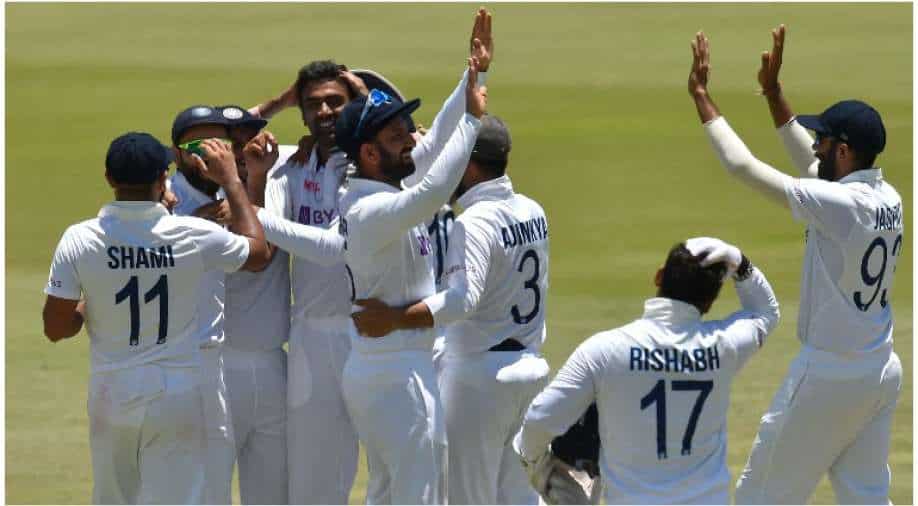 Here's a look at the ICC World Test Championship points table after India beat South Africa by 113 runs to win the Centurion Test:

India beat South Africa by 113 runs on Day 5 of the first Test at SuperSport Park, Centurion on Thursday (December 30). With this, India ended their glorious year in Tests, winning as many as four Tests in SENA countries (in Brisbane, Lord's, The Oval and Centurion).

Virat Kohli-led India needed 6 more wickets in the final day's play as Proteas resumed from 94-4, in pursuit of a competitive 305. Jasprit Bumrah and Mohammed Shami ended with three wickets apiece whereas R Ashwin and Mohammed Siraj returned with two wickets each. SA skipper Dean Elgar and limited-overs captain Temba Bavuma (35 not out) were the only two Proteas batters who showed some fight in the middle.

In the first essay, India rode on KL Rahul's 123 to post 327 and gained a whopping 130-run lead by dismissing the home side for a paltry 197 on Day 3, courtesy Shami's five-fer. This became the first-ever win by an Asian side at Centurion and also the first loss for Elgar & Co. at the venue since 2014. After the first Test, here's a look at the ICC World Test Championship points table: 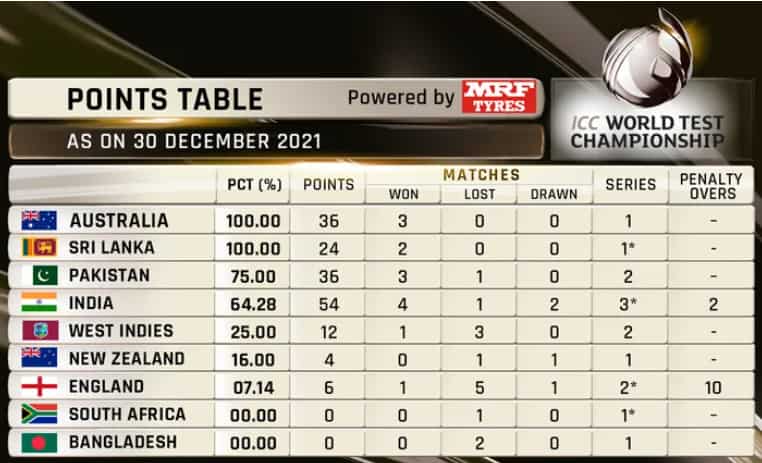 After the memorable win, Captain Kohli told at the post-match presentation, "Got off to the perfect start. Have to understand one day was washed out - shows how well we played. It's always a difficult place to play against SA (Centurion). The discipline that the batters showed. Winning the toss, batting first overseas is a tough challenge. Credit to Mayank and KL the way they set it up. We knew we were in pole position with anything over 300-320. Knew the bowlers will do the job. Spoke about it in the change room - the fact he didn't bowl much in the first innings, it allowed SA to get around 40 more runs (Bumrah). Just the way these guys bowl together has been a hallmark of our team getting a result in difficult situations. Absolutely world class talent (Shami). For me he's in the best three seamers in the world at the moment. His strong wrist, his seam position and his ability to hit a length consistently. Got so much confidence out of Johannesburg last time. It's a ground we love playing at.

India achieved their fourth win overall in the African nation in whites. Out of the four wins, India have won twice (in a row) under current skipper Kohli.

The second and penultimate Test will get underway on January 3 at The Wanderers, Johannesburg.