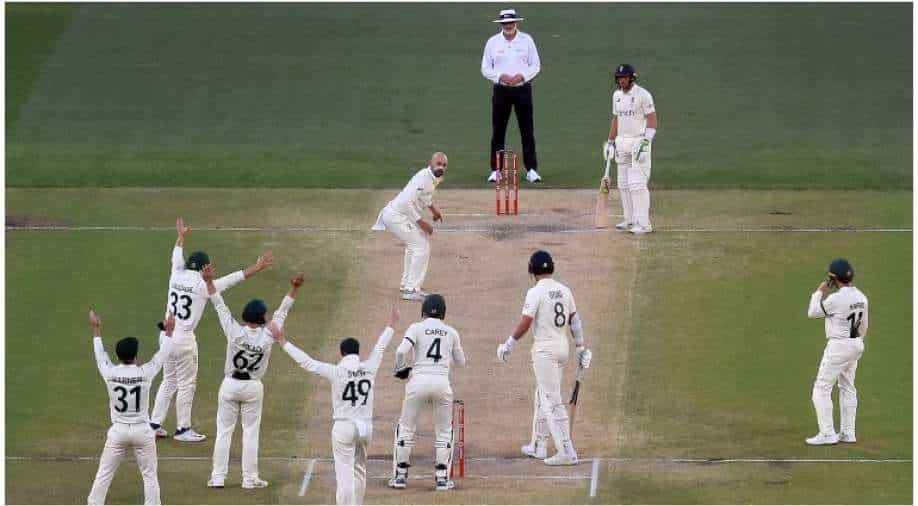 Here's a look at the updated ICC World Test Championship points table after Australia thrash England by 275 runs in the second Test of Ashes 2021/22 edition:

The second Test between Australia and England ended with the Steve Smith-led Aussies thrashing England by a whopping 275-run margin at the Adelaide Oval, Adelaide on Monday (December 20). Despite being without regular captain Pat Cummins and premier pacer Josh Hazlewood, the hosts produced an all-round display to demolish a toothless Joe Root-led England line-up and go 2-0 up in the Ashes 2021/22 series Down Under.

Opting to bat first, Smith-led Aussies posted 473-9 decl. riding on Marnus Labuschagne's 103 and fifties from David Warner, Smith and Alex Carey. In reply, England's batting woes continued as they bundled out for 236. With a lead of 237, Australia added 230 more runs in their second essay -- losing nine wickets in the process -- to setup a daunting 468-run target for the visitors.

England showed some character courtesy their lower middle-order's fight on the final day, with Jos Buttler's 207-ball 26, before they were dismissed for a paltry 192 in 113.1 overs to lose by a whopping margin and go further down in the series. Here's a look at the updated points table of the second cycle of the WTC after England's latest drubbing: 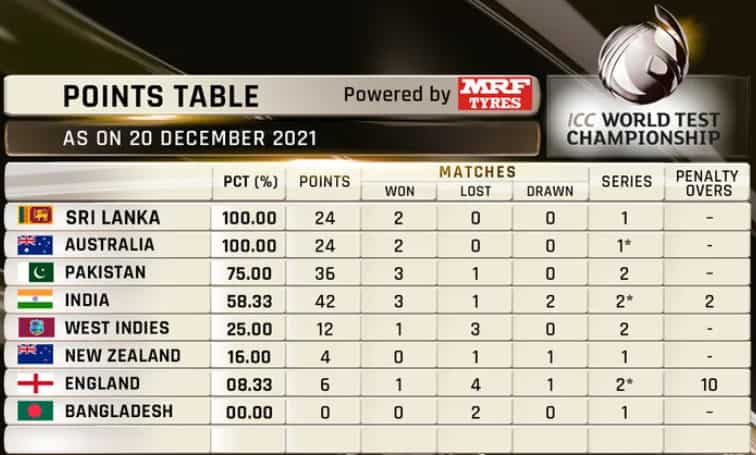 Dimuth Karunartne-led Sri Lanka continue to dominate the points table and the Islanders are followed by Australia, Pakistan and India. Root-led England have plenty to ponder upon with them languishing at the bottom-half, only above Bangladesh, at the seventh position. They need a herculean effort to stage a recovery in the Ashes 2021/22 edition with Australia showcasing their dominance at home.

After the loss, Root stated at the post-match presentation, "I feel we competed in patches, but we need to fight the whole game. That’s what is needed to win here. The attitude today was brilliant. We just need to do more of it. I expect us to have that mentality for the rest of the series."

More changes are expected in the WTC points table by the end of December with Test series lined-up between New Zealand-Bangladesh and India-South Africa.