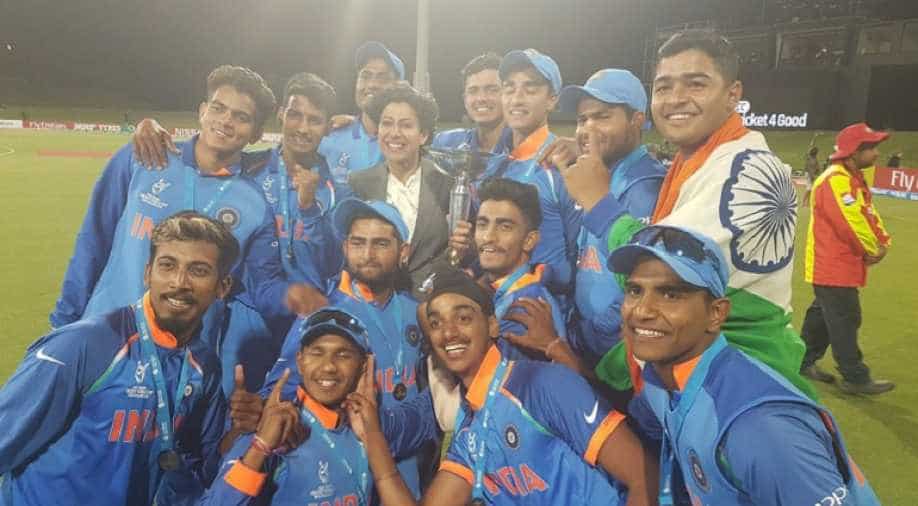 The opener got to the three-figure mark in 101 balls, with his knock comprising eight fours and three sixes. Photograph:(Twitter)
Follow Us

Manjot Kalra announced his arrival in world cricket on Saturday with a high-quality hundred in the final of the ICC U-19 World Cup against Australia.

The opener got to the three-figure mark in 101 balls, with his knock comprising eight fours and three sixes.

The left-hander stitched together a 71-run opening stand with captain Prithvi Shaw, who was dismissed for 29 by Will Sutherland.

Kalra and in-form Shubman Gill then put on 60 runs before the latter was cleaned up by Param Uppal.

The Delhi batsman remained unbeaten on 101 as India chased down Australia's total in 38.5 overs with 8 wickets in hand.

Like Kalra, Desai too remained unbeaten at 47 runs, just three runs less to his half-century.

Electing to bat after winning the toss, the Australians lost their three top batsmen with just 59 runs on the board and could manage only 216 runs on board for the men in blue.

India's road to final has been an impressive one, where India's U-19 World Cup team has won five matches on the trot to seal a berth for the final.

Aussies, on the other hand, are on a four-match winning streak after losing their first match against India by 100 runs.

With this win, India scripted history as they become the first side to win four ICC Under-19 World Cup titles.