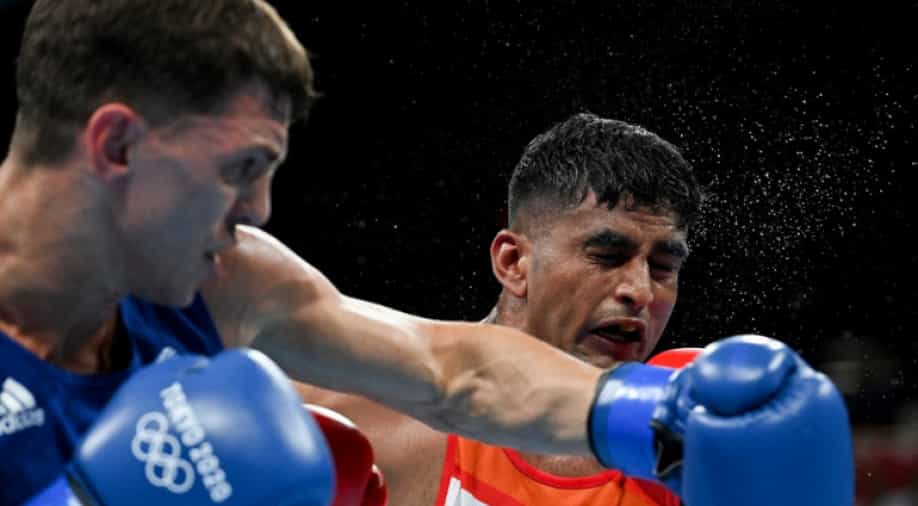 McCormack won the round 3-2. Kaushik won Round 2, 3-2, but McCormack managed to hold his own in the final round, and in the end, he ended up winning the match.

India boxer Manish Kaushik (63kg) on Sunday bowed out of the men's lightweight (57-63 kg) category event after losing to Great Britain's Luke McCormack in the round of 32 here at the Kokugikan arena.

McCormack defeated Kaushik 4-1 in the round of 32 matches.

By the end of Round 1, McCormack managed to take a lead as three out of five judges adjudged that he had won the round while two said that it was Kaushik who won the first round.

However, McCormack won the round 3-2. Kaushik won Round 2, 3-2, and hence by the end of it, the scoreline was level and the match went down to the wire, and it was the final round that had to decide the fate of the boxers.

However, McCormack managed to hold his own in the final round, and in the end, he ended up winning the match.

Earlier on Sunday, Mary Kom (51 kg) stormed into the Round of 16 of women's flyweight (48-51 kg) category after defeating Miguelina Garcia of the Dominican Republic in the round of 32.

ALSO READ: Tokyo Olympics 2020: Mary Kom through to Round of 16 after beating Hernandez Garcia Miguelina

Mary Kom defeated Miguelina 4-1. On Saturday, 29-year-old Vikas Krishnan lost his round of 32 matches in the men's welterweight boxing event here in the ongoing Tokyo Olympics and as a result, he has bowed out of the mega event.

Japan's Mensah Okazawa defeated Krishnan 5-0 in the round of 32 matches at the Kokugikan arena.