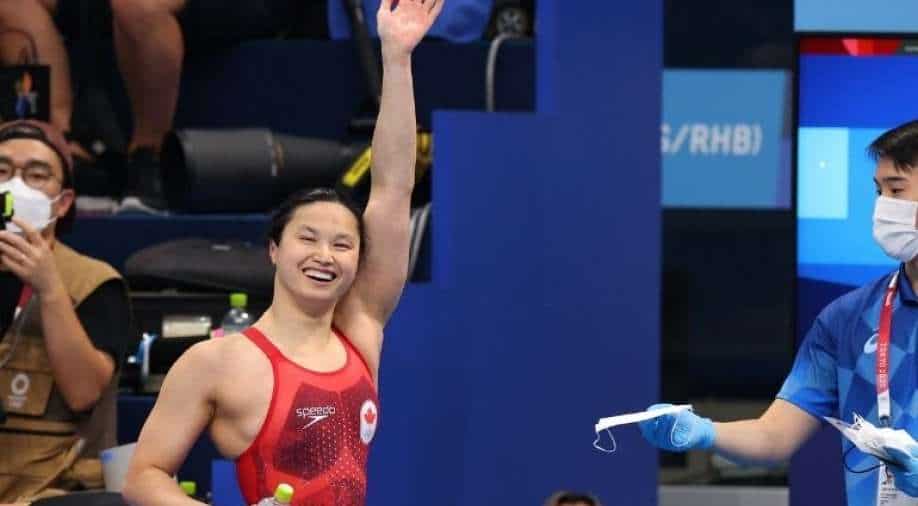 Margaret MacNeil won the first gold medal for Canada at the pool in the women's 100m butterfly at Tokyo Olympics 2020 on July 26 (Monday). The world champion, who now has her first Olympic gold medal, finished in a time of 55.59. She edged out China's Zhang (55.64) for the top spot. Australian Emma McKeon won the bronze in 55.72.

McKeon defeated American teenager Torri Huske by one-hundredth of a second and the US team missed out on a medal for the first time in the swimming competition at Olympics.

What a race! Margaret MacNeil gets the victory in the women's 100m butterfly with a time of 55.59.#Swimming @fina1908 @TeamCanada #CAN pic.twitter.com/Dx5D9eV5bv

"I actually have no words right now, I can't believe it," said MacNeil. "I couldn't see anyone. I was in the outside lane which I think worked to my advantage. I could focus on my race rather than looking at what other people were doing," she added.

Also, note that the defending champion and world-record holder Sarah Sjöström of Sweden, finished seventh. Sarah had earlier said that the butterfly was her lowest priority in Tokyo. Sarah holds the world record of 55.48sec set at the Rio Olympics.