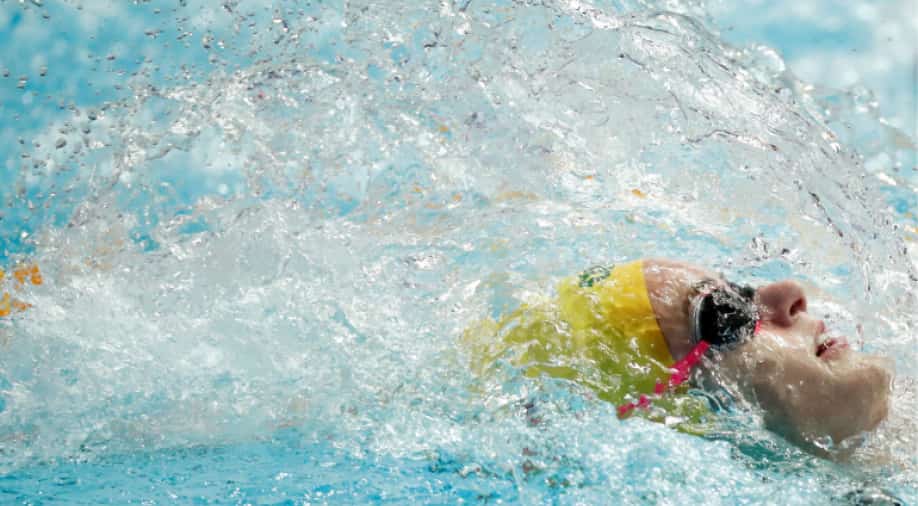 McKeown, 20, is ranked number one in three events coming into the Tokyo competition but the medley clashed with the 100m backstrokes, for which a tough competition is expected, head coach Rohan Taylor said.

Australia's world number one Kaylee McKeown will pull out of the women's 200 meters medley at the Olympic Games over a scheduling conflict to focus on backstroke events, the national coach said on Thursday.

McKeown, 20, is ranked number one in three events coming into the Tokyo competition but the medley clashed with the 100m backstrokes, for which a tough competition is expected, head coach Rohan Taylor said.

"You know, you got a rookie coming in and the Olympics, it's going to be a big experience for her, it's a big call," Taylor told reporters.

"They've gone for months talking about it and I respect that decision, they're going to focus on the backstrokes and medley relay."

The withdrawal could be a blow to Australia's hopes of taking on the United States in the pool, with the possible loss of a medal given McKeown's form.

The Queenslander was a highlight of the Olympic trials, setting a world record in the 100 meters backstroke and producing strong performances in both the 200m backstroke and 200m medley.

Taylor said McKeown was a newcomer but would be expected to tackle more events at future Games.

"So it's new to her, and I think emotionally, we need to respect that but if it's something she's not familiar with," he said.

"We need to make sure she's familiar with it because she is such a weapon in so many different facets."

Taylor said the team had had good preparations, with little interruption to training during the coronavirus pandemic.

"They just have that real, real competitive desire," he said.

"We've got a broader mix of depth and the types of athletes that I think can thrive in this environment, but they've got to prove it.

"So until they prove it. Yeah, we're very positive about how we're looking, but that's on paper."