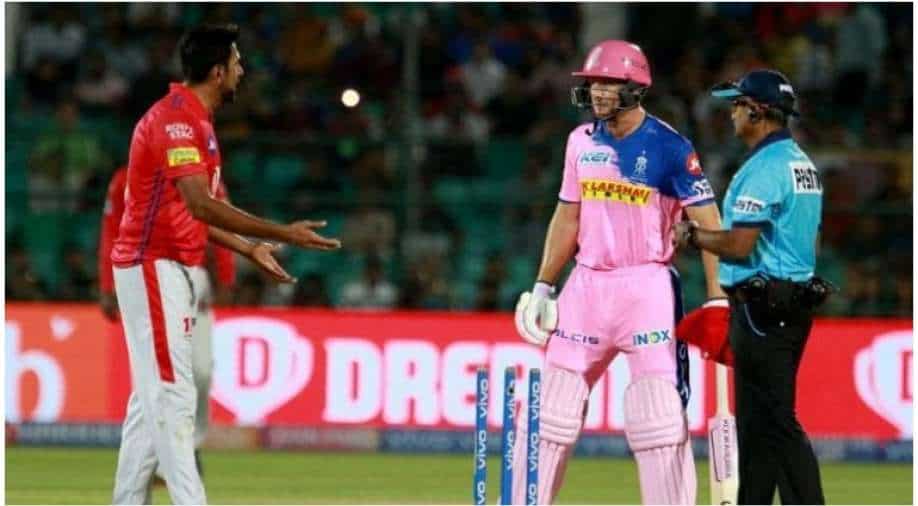 R Ashwin is in the news after his heated exchange with Eoin Morgan in IPL 2021. During IPL 2019, Ashwin had created a huge stir after mankading Jos Buttler. Here's the throwback video of the incident:

R Ashwin has been in the news following his heated exchange with Eoin Morgan and Tim Southee during Delhi Capitals (DC) - Kolkata Knight Riders (KKR) clash in match 41 of the IPL 2021 edition, in the UAE on Tuesday (September 28).

During DC's innings, Ashwin looked to steal a another run when a throw from KKR's Rahul Tripathi had ricocheted off Rishabh Pant. The wily off-spinner was eager to take an extra run, which eventually got completed. This wasn't received well by Morgan and Southee and the two KKR stars had a go at Ashwin after his dismissal. The 34-year-old off-spinner also gave it back to the KKR duo before Dinesh Karthik played the peace-maker and tried to control things.

While the incident has brought Ashwin into the news, reigniting talks regarding the 'Spirit of Cricket', the Indian star cricketer had headlined the news during the IPL 2019 edition as well. Back then, Ashwin was leading the Punjab Kings (then known as Kings XI Punjab) when they squared off against Rajasthan Royals (RR) at Jaipur. During RR's unsuccessful 185-run chase, Buttler was going all-out versus KXIP when Ashwin mankaded him; creating a huge stir in the cricketing fraternity and social media platforms.

It remains one of the most-talked about incidents in IPL in recent times. To date, there are contrasting views regarding the controversial mode of dismissal, i.e. mankading, despite it being within the laws of the game. For the unversed, many bowlers have resorted to mankading ever since Ashwin brought it back to the limelight. Nonetheless, there remain some bowlers who give a warning to the batters instead of opting to mankad them.