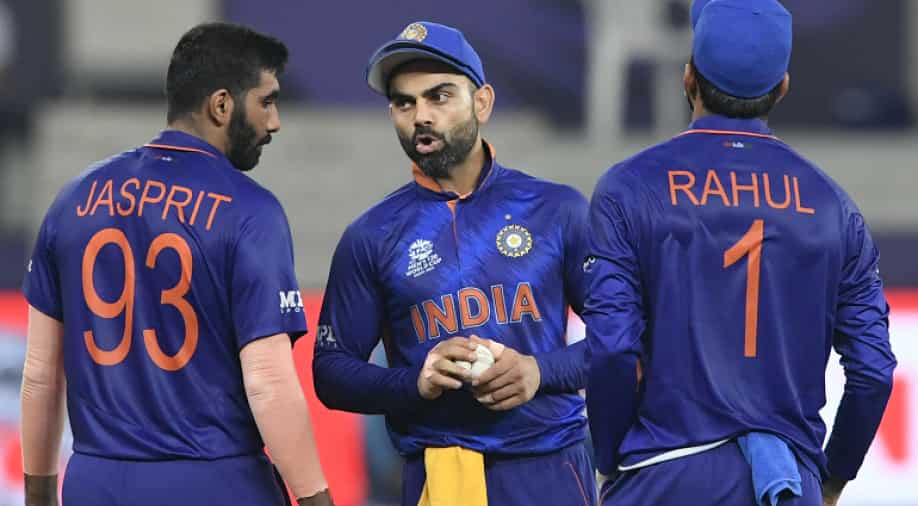 There were a number of disappointing performances from teams that had headed into the tournament as firm favourites. Here is a look at three teams that failed to live up to the expectations at T20 World Cup 2021.

There were moments of joy and heartbreaks throughout as the T20 World Cup 2021 spectacle came to a fitting end with Australia getting crowned as the deserving new champions on Sunday (November 14). Australia got the better of their Trans-Tasman rivals New Zealand in the blockbuster final to lift their maiden T20 World Cup trophy.

It was an enthralling tournament in the UAE and Oman this year that concluded with Australia thrashing New Zealand in a one-sided final in Dubai to script a historic triumph. While the Aussies went on to shun their critics with a memorable campaign after being written off at the start of the tournament, some of the favourites struggled to make it count.

A number of teams rose above the expectations and performed exceptionally well to earn praise from all corners but there were those which significantly underperformed in the tournament and endured a forgetful campaign. Here is a look at three teams who flopped at the T20 World Cup 2021 -

Let's begin with the most obvious one. Team India had everything going their way in the run-up to the T20 World Cup 2021. With an incredible squad depth and the entire second leg of the IPL 2021 in the UAE to get acquainted with the conditions ahead of the World Cup, India were one of the firm favourites to end their ICC trophy drought and lift their second T20 World Cup title.

However, they got off to the worst possible start as Pakistan thrashed the Men in Blue by ten wickets in their opening game to end their winless streak against India in World Cups. The ten-wicket defeat at the hands of the arch-rivals saw India's campaign derail early in the tournament as they lost against New Zealand by eight wickets in their next game.

With back-to-back defeats in the first two Super 12 matches, India were on the brink of an early elimination from the tournament but they managed to stay in the fray till the end with three wins on the trot. However, six points were not enough as the favourites were dumped out from the group stages after finishing third in Group 2 behind table-toppers Pakistan and New Zealand.

No more the underdogs in the shortest format, West Indies headed into the T20 World Cup this year as one of the firm favourites. The two-time champions boasted of some exceptional all-rounders and brilliant batters in their star-studded squad. With a captain of Kieron Pollard's experience and calibre, not many wrote off a successful title defence for West Indies in the UAE.

However, the two-time champions had a forgetful campaign to forget as they managed only a solitary win in five matches in the Super 12 stage to finish fifth in Group 1. Nothing seemed to be going their way as the batters failed to fire as a unit while big-name all-rounders failed to make an impact with their performances.

England thrashed West Indies by six wickets in their opener before Pollard's men lost against South Africa by eight wickets. They pulled off a close win against Bangladesh by 3 runs in their next game which turned out to be their only win in the tournament as they lost their next two matches on the trot against Sri Lanka and Australia.

Once considered minnows in world cricket, Bangladesh have shunned the tag a long way back and have established themselves as one of the most competitive teams in white-ball cricket. The expectations were not too high from the Mahmudullah-led side but not many would have expected Bangladesh to end their T20 World Cup 2021 campaign winless.

Bangladesh failed to even open their win account in the tournament as they lost all five of their Super 12 matches in a row to finish at the bottom of the table in Group 1 with zero points. Despite having the likes of Shakib Al Hasan, Mushfiqur Rahim and Mustafizur Rahman among others in their squad, Bangladesh flopped massively in the showpiece event.

Bangladesh's campaign got underway with a five-wicket defeat against Sri Lanka before they slumped to a heavy loss against England by 8 wickets. Bangladesh ended up losing their next three matches straight to finish last in what was a woeful campaign for them.