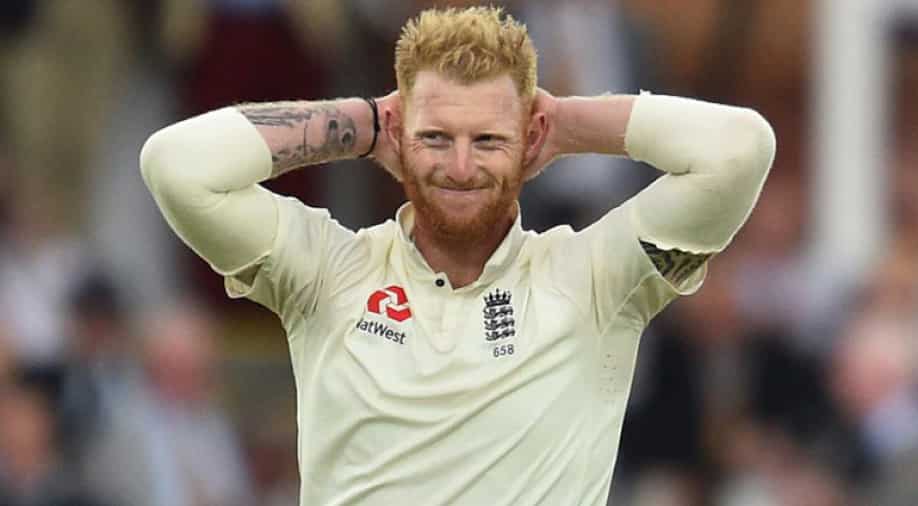 England all-rounder Ben Stokes recently revealed he almost choked on a tablet in his hotel room and 'thought this might be the end' for him.

England all-rounder Ben Stokes is all set to make his comeback to the cricket pitch in the upcoming Ashes 2021-2022 in Australia later this year. Stokes will be returning after a mental health break which he had opted for earlier this year and also skipped the T20 World Cup 2021 for England. Ahead of the Ashes, Stokes has made some startling revelations.

The England all-rounder revealed he almost choked on a table in his hotel room and thought "it might be the end". He opened on the traumatic experience in his column for Daily Mail and revealed distressing details. Stokes said he felt as if his mouth was on fire and he was not able to breathe at all after the tablet got stuck in his windpipe.

"Until it actually came out, I thought this might be the end," Stokes wrote in his column for Daily Mail.

"I was on my own in my room and I couldn't breathe as it became lodged and started to dissolve. It felt like my mouth was on fire.

“Without going into too much detail I have never seen as much saliva as I did on Sunday morning, it was a genuinely frightening experience,” he explained further.

Stokes revealed he recieved another scare on the same day when he was struck on the arm by England batting coach Jonathan Trott during a practice session. The 30-year-old, who was recovering from a finger injury, felt that his arm was broken after being hit but much to his respite, the physios helped him reduce the pain.

"I couldn't lift it ... I thought it was broken," Stokes added. "Thankfully the pain and reaction settled down once I was back in the dressing room and the physios could be sure it wasn't actually a break," Stokes wrote.

"It was only after I got back to my hotel room that I took stock of what a day I'd had. The adrenaline had worn off and I was exhausted. Happy that I'm here to tell the tale, but hoping that my pre-test dramas are now over," he added.

The Ashes 2021-2022 is all set to get underway from December 08 with the first Test scheduled to be staged in Brisbane. Australia had retained the Ashes in 2019 after drawing the series 2-2 in England.