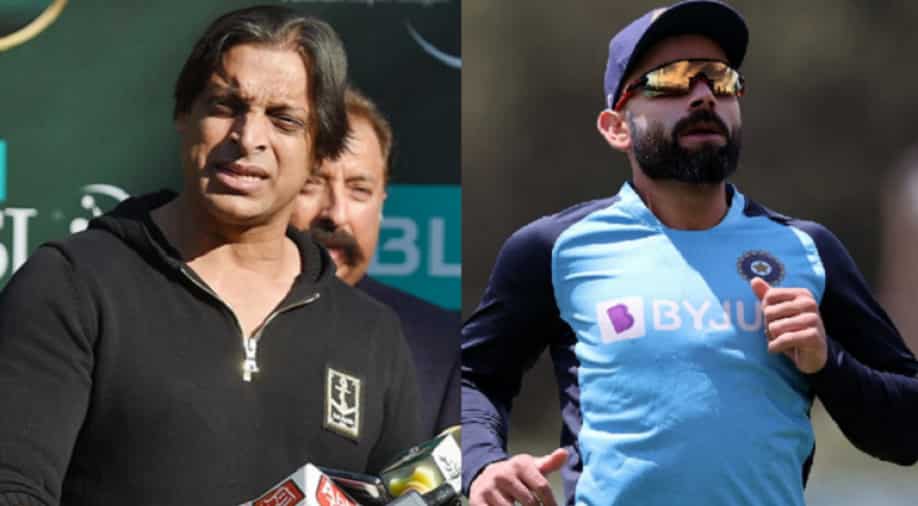 Former Pakistan pacer Shoaib Akhtar recently gave his take on Virat Kohli's decision to quit India's Test captaincy. Akhtar said there are people against Kohli and he has to answer with his performances on the pitch.

Former Pakistan pacer Shoaib Akhtar has shared his views on Virat Kohli's decision to quit as India's Test captain which had left the cricket fraternity in shock last week. Akhtar believes India's disappointing campaign in the T20 World Cup last year led to Kohli losing captaincy across all three formats of the game.

While Kohli had announced last year that he will be stepping down as India's T20I captain following the conclusion of the T20 World Cup 2021 last year, he was later replaced as ODI captain by Rohit Sharma. He decided to give up Test captaincy last week after India's 2-1 defeat in the three-match Test series against South Africa.

In a matter of a few months, Kohli went from being the captain of the Indian team across all three formats to being part of the team just as a pure batter. Akhtar said he was aware that Kohli would have landed in trouble had India not done well at the T20 World Cup 2021. He also suggested that there are people who are against the former India captain.

"It was a tight scenario for Virat. I was in Dubai and I was aware that if he wouldn't have won the T20 World Cup, it would have become a big problem for him and it did happen. There are lobbies against him and there are people against him and that is the reason why he stepped down," Akhtar was quoted as saying by India Today.

India had failed to qualify for the knockout stage of the T20 World Cup 2021 after suffering back-to-back defeats in their first two games against Pakistan and New Zealand respectively. It was a disappointing show from the Men in Blue, who were one of the favourites to win the competition. Akhtar said these are testing times for Kohli and he needs to come out of it strongly.

"Whoever enjoys the star status, will always face problems but there's nothing to fear about. Anushka (Kohli's wife) is a very nice lady and Virat is a great guy. He just needs to be brave and not be afraid of anything. The whole country loves him, just that these are testing times for him and he needs to come strongly out of it," said the former Pakistan pacer.

One of the greatest fast bowlers in the world, Akhtar has urged Kohli to enhance his value as a batter and enjoy his game. The Rawalpindi Express also advised the former Indian captain to channelise his anger in improving his performances on the pitch rather than showing it towards people.

"If he can give good performances in the next five-six months, he will be happy to have quit captaincy and would tell himself that he can score 120 international hundreds. His next 50 centuries will be because of the anger that he has now. And, this anger does not have to be reflected on people but in his batting," he added.