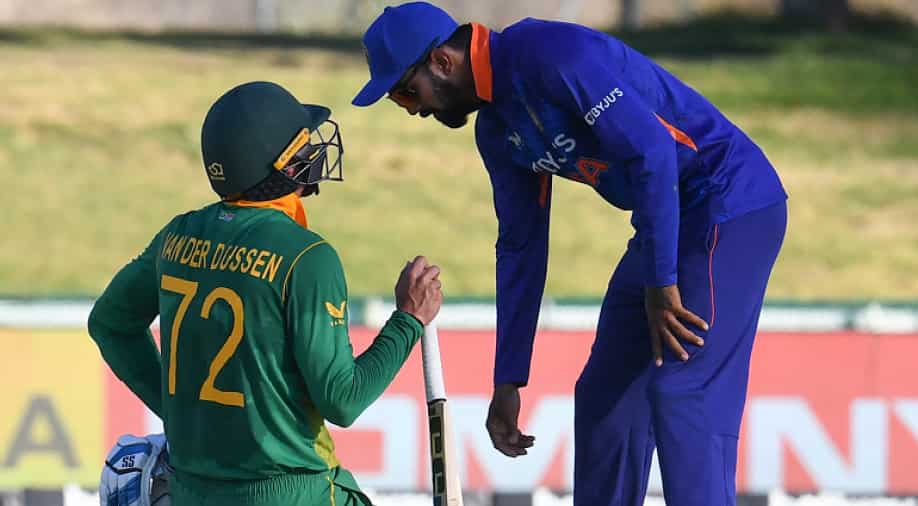 Former Pakistan spinner Danish Kaneria has slammed KL Rahul for lack of intensity while leading the Indian team after the visitors lost the second ODI against South Africa by seven wickets on Friday.

Former Pakistan spinner Danish Kaneria has slammed KL Rahul for the lack of intensity in his captaincy after India's seven-wicket loss in the second ODI against South Africa on Friday (November 21). India failed to defend a total of 287 runs after a below-par bowling show as South Africa clinched the three-match ODI series with back-to-back wins in the first two games.

While the likes of Virat Kohli (0) and Shreyas Iyer (11) were dismissed cheaply, the Indian bowlers were taken to the cleaners by South African openers Janneman Malan and Quinton de Kock. Malan slammed a brilliant 91 off 108 balls while De Kock scored a quickfire 78 off 66 balls. The duo posted an opening stand of 132 runs to set up a comfortable win for the hosts and bat India out of the game.

Stand-in skipper Rahul, who has been leading India in the absence of permanent captain Rohit Sharma, has been facing the flak from all corners over the team's poor show. Speaking in a video on his YouTube channel, Kaneria criticised Rahul and said there was no intensity in his captaincy. The former Pakistan spinner also alleged that there appears to be a divide in the Indian dressing room with former skipper Kohli looking disconnected from the team.

"There's no intensity in KL Rahul's captaincy. Virat looks distant, disconnected from the team. When a review is being taken, he doesn't close in as much and he isn't giving a lot of input to the captain. You get to know what's going inside a cricketer's heart by judging their body language," said Kaneria.

"There seems to be a division within the team. Team India isn't showing the intensity and the approach that Virat used to bring to the team (when he was captain). Going by KL Rahul's captaincy, Rohit Sharma should come back as captain. KL Rahul is not ready to lead the team," he added.

After losing the Test series 2-1, India would have hoped to bounce back strongly in the ongoing ODI series against the Proteas. However, the Rahul-led side suffered back-to-back losses in the first two matches to concede the series. India will be hoping to bag a consolation win and finish the series on a high when the two teams meet in the third and final ODI of the series in Cape Town on Sunday.