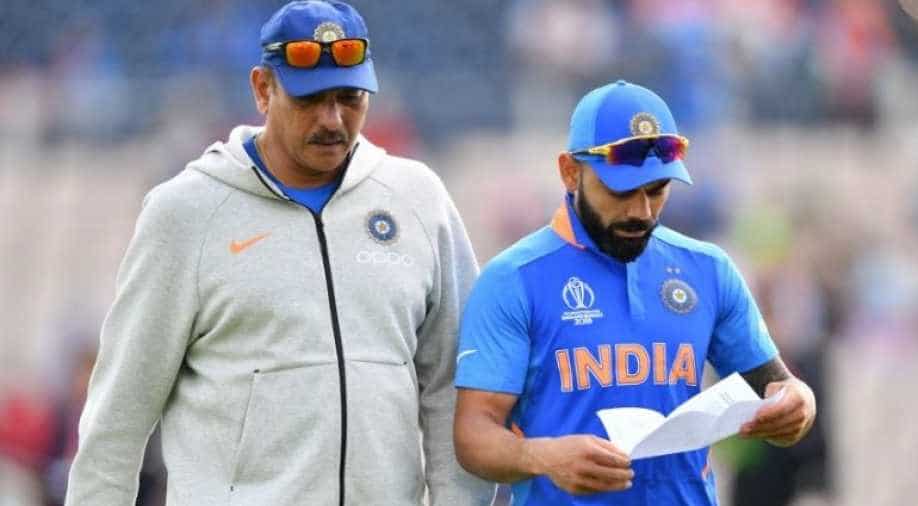 Former selector and spinner Sarandeep Singh -- who was part of the MSK Prasad-led selection committee who named India's 2019 WC squad -- has reacted to Ravi Shastri's recent comments on Ambati Rayudu's omission and more.

In Tests, Shastri guided India to the No. 1 rankings and the WTC final. In limited-overs, India won bilateral series in SENA countries, won bilateral ODIs in South Africa, New Zealand and Australia, dominated at home and reached the semi-finals of the 2019 ODI World Cup.

Recently, Shastri spilled the beans on various aspects in Indian cricket during his tenure as the head coach, from mid-2017 to late 2021. During his interaction, he opened up on Ambati Rayudu's controversial omission from the CWC'19 squad.

"I had no say in that. But I wasn't okay with three wicketkeepers being picked for the World Cup. Either Ambati or Shreyas could've come in. What was the logic in having MS Dhoni, Rishabh and Dinesh all together? But I never interfered with the selectors' work, except when I was asked for feedback or as part of a general discussion," Shastri told the Times of India.

To this, former selector and spinner Sarandeep Singh -- who was part of the MSK Prasad-led selection committee who named the WC squad -- has reacted and slammed Shastri's comments. "All the three wicket-keepers are very good as batsmen. A selector does not interfere in selection. Rishabh Pant was selected when Shikhar Dhawan got injured during the World Cup. We already had an opener in KL Rahul," Sarandeep Singh told ANI.

He further asserted, "So, we were looking for someone to come and bat in the middle order and play big shots. This is the reason why Rishabh Pant was in the team. But to pick playing eleven is team management's call. The selection committee does not interfere in it. In the 2019 World Cup if you are looking at selection of Rishabh Pant then he was not their first choice. MS Dhoni and Dinesh Karthik were in the team and we were winning all the matches. We even topped the table. But suddenly with these things coming, it is upsetting for us because we did our job fairly."

He added, "We travelled all the time, we saw domestic matches in which batsmen, bowlers or all-rounders are doing well. There is nothing like that we never share anything and we just have things on the table and we say that this is the team. The captain is also sitting in the meeting all the time."

India played the semi-finals of the CWC'19 versus New Zealand and lost the thrilling contest by 18 runs at Old Trafford, Manchester.

At present, Kohli has been removed as the limited-overs captain and replaced by Rohit Sharma. Team India is gearing up for their tour of South Africa, comprising three ODIs and Tests each. Under new coach Rahul Dravid, India will play their tour opener on December 26, in Centurion, with the Test series set to be held first.