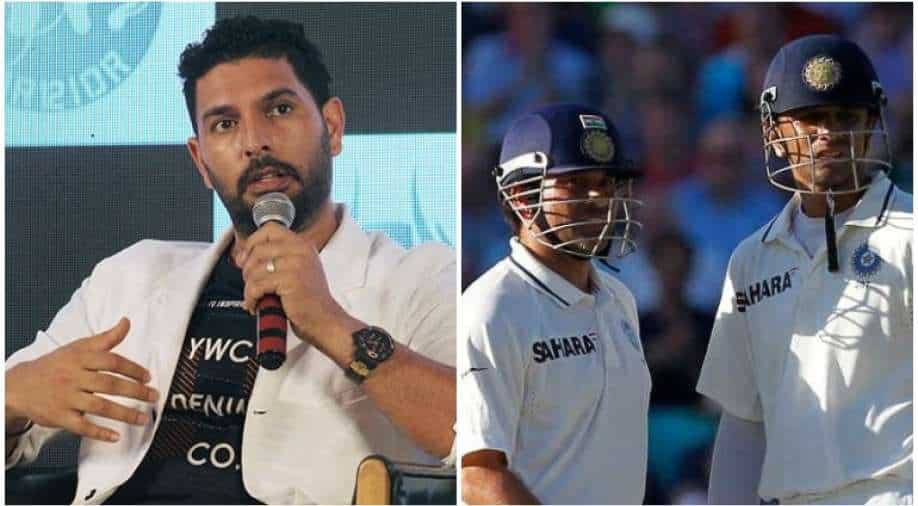 Recalling the epic Test and the bold declaration, former Indian all-rounder Yuvraj Singh feels that Sachin Tendulkar should've been given a chance to complete his double ton.

India's tour of Pakistan in early 2004 was a historic affair. Not only did the tour take place after a long hiatus, but Team India and Pakistan engaged in a high-voltage ODI and Test series before the visitors returned victorious in both the formats.

After staging a comeback from being 2-1 down to win the five ODIs 3-2, the Indian team shifted focus to the three-match Test series opener, in Multan. While the first Test is widely remembered for Virender Sehwag's magical 309, first Indian with a triple ton in whites, stand-in captain Rahul Dravid's controversial decision also made heads turn when he declared India's first innings with Sachin Tendulkar stranded on 194*.

Recalling the epic Test and the declaration, former Indian all-rounder Yuvraj Singh feels that the Tendulkar should've been given a chance to complete his double ton. Back then, Yuvraj was batting with Tendulkar and as soon as he got out on 59, Dravid made the bold declaration with India well-placed at 675-5 on Day 2.

"We got a message in between that we had to play fast, and we were going to declare,” Yuvraj said on Sports 18's Home of Heroes.

Yuvi further asserted, "He could have got those six runs in another over and we bowled 8-10 overs after that. I do not think another two overs would have made a difference to the Test match."

The former southpaw added, “If it was the third or the fourth day, you have to put the team first and they would have declared when you were at 150. There is a difference of opinion. I think the team could have declared after his 200."

Eventually, India weren't needed to bat again in the opening Test as Inzamam-ul-Haq-led Pakistan were dismissed for 407 and 216, losing by an innings and 52 runs. Sehwag was the Player-of-the-Match but Dravid's decision remained a topic of discussion for long.

Later, regular captain Sourav Ganguly (who was out due to an injury) returned for the remaining two Tests as India won the series 2-1.