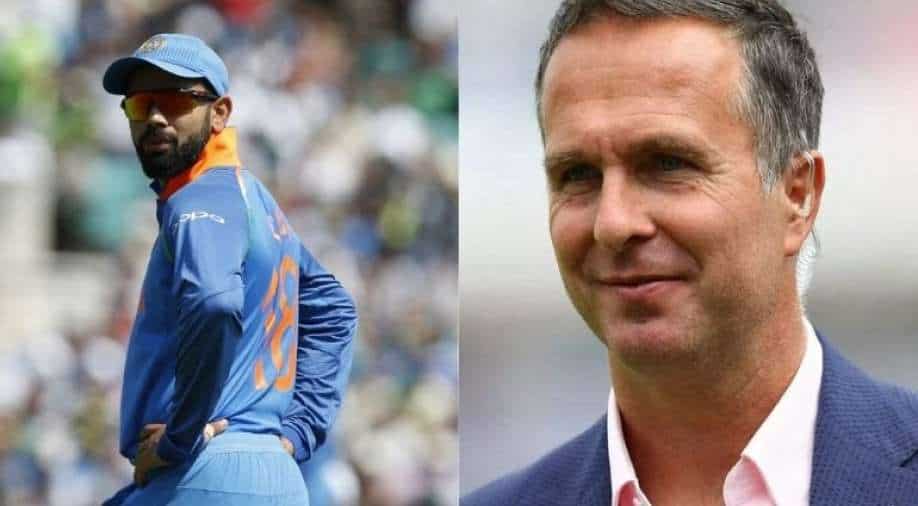 Michael Vaughan tweeted this statement after the dismal performance of the Indian team in the ongoing T20 World Cup.

Former England skipper Michael Vaughan on Sunday said that the Indian men's team has underachieved massively for years in white-ball cricket, given the talent and depth in the country.

This observation from Vaughan came after India suffered a disappointing showing with the bat in Dubai, limping to 110/7 off their 20 overs after New Zealand had won the toss and opted to bowl first in the Group 2 Super 12 clash in Dubai on Sunday of the ongoing ICC Men's T20 World Cup.

ALSO READ: Days after Virat Kohli getting tetchy with journalist, Ishan replaces Rohit as opener against NZ in T20 WC

"Let's be honest ... For all the talent & depth in #India cricket they underachieved massively for years in white ball Cricket ... #Fact #T20WorldCup," Michael Vaughan tweeted.

Trent Boult scalped three wickets while Ish Sodhi returned with two for New Zealand. For the Men in Blue, Ravindra Jadeja and Hardik Pandya played the innings of 26* and 23 as no Indian batter crossed the 30-runs mark.