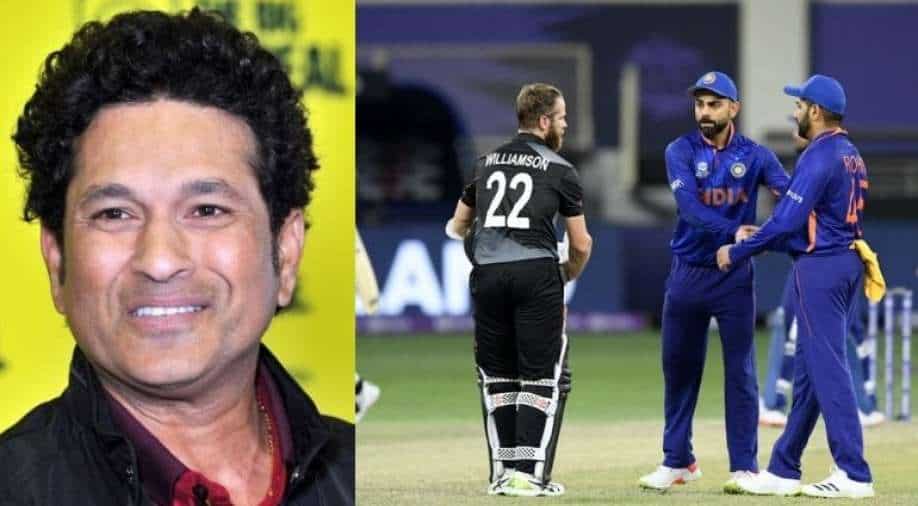 Sachin Tendulkar, the legendary cricketer, has addressed the critical point where Team India went wrong against New Zealand on Sunday in the T20 World Cup 2021 edition. New Zealand won by eight wickets against India in their second match in Super-12 stage, at the Dubai International Cricket Stadium, Dubai.

Tendulkar in his Facebook video said, "From the ball one, the bowling changes of Williamson were top notch. The planning was good and in the first six overs we were 35/2 and from those 35 runs the 20 came in five overs."

"After six overs till 10th over we only scored 13 runs, so according to me that was a critical point where we missed out on capitalising. Those easy singles were not available and that forced our batters to play the big shot," he added.

Both India and New Zealand had lost their first Super 12s game against Pakistan, and they came into this one knowing that a loss would leave their prospects of reaching the semi-finals hanging by a thread.

New Zealand, on the other hand, got off to a flying start, picking up early wickets to put India on the back foot. At 48 for four, India were in big trouble, and while Rishabh Pant and Hardik Pandya consolidated, it came at the price of India's scoring rate, as the team faced 71 balls without scoring a boundary.

"When Pant came into bat, immediately spinners end was changed by Williamson. Again a smart move. All in all, I felt India was playing a catching of game because how New Zealand dominated the game it was a tough time for India batsmen which forced them to play the big shot," said the former Indian batsman.

Tendulkar also lauded Williamson, calling him a "rock" who has shielded the Kiwis. "Then Daryl Mitchell and Williamson stitched an important stand. Williamson is like a rock for the New Zealand team if he is on a wicket he controls the game well. Mitchell played some decent shots and rotated the strikes," stated Tendulkar.

Meanwhile, India is now reliant on other outcomes to get to the semi-finals. The Men in Blue's next match is against Afghanistan, scheduled for Wednesday in Abu Dhabi.