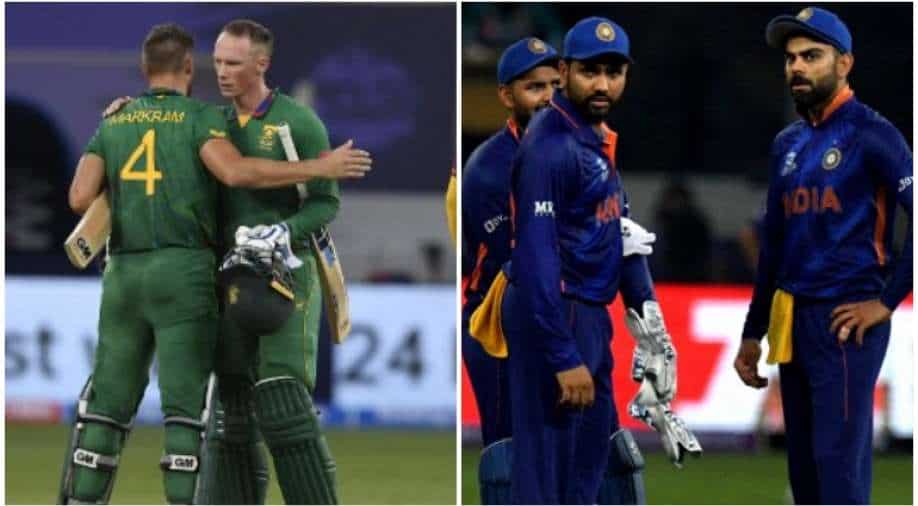 India's tour of South Africa commences on December 26, in Centurion, with the three-match Test series opener. Aakash Chopra is, however, unimpressed with the tour's schedule. Here's why:

Virat Kohli-led Indian Test team is in South Africa and are gearing up for the three-match Test series opener, which gets underway on December 26 in Centurion. The last two Tests will follow suit before the action moves to the three ODIs in the African nation, starting from January 19.

Following the ODIs, the tour will come to an end as the four T20Is have been rescheduled from India's current visit to South Africa. The T20Is will be held at a later date in next year. It was mainly done by both BCCI and Cricket South Africa (CSA) after the tour was under dark clouds due to the Omicron threat in the rainbow nation. While the tour was given the green signal, it meant that the T20Is had to be shifted to a later date from the original plan.

"BCCI has confirmed CSA that the Indian team will travel for three Tests and three ODIs. The remaining four T20Is will be played at a later date,” BCCI secretary Jay Shah was quoted as saying to ANI.

Speaking on his Youtube Channel, Chopra said, "I am with you that the T20Is shouldn't have been cancelled. There were equal number of games - three ODIs and three T20Is. So you could have played the T20Is and not played the ODIs.

But then, I don't know what the permutations and combinations are because the T20 World Cup is there again next year and the ODI World Cup is after another one year. So the more T20s you play now, the better it is," he added.

However, the former Test opener also conceded that the ODI Super League and South Africa's qualification chances for the 2023 ODI World Cup must have been a deciding factor for the boards to have gone ahead with the ODIs.

"I anyway believe there is no advantage of a bilateral ODI series. But you also need to keep in mind that there is a super league, where you get points. If you don't get points, you won't qualify. India's qualification is certain as hosts but the others need to qualify. So that could be a consideration," said Chopra.