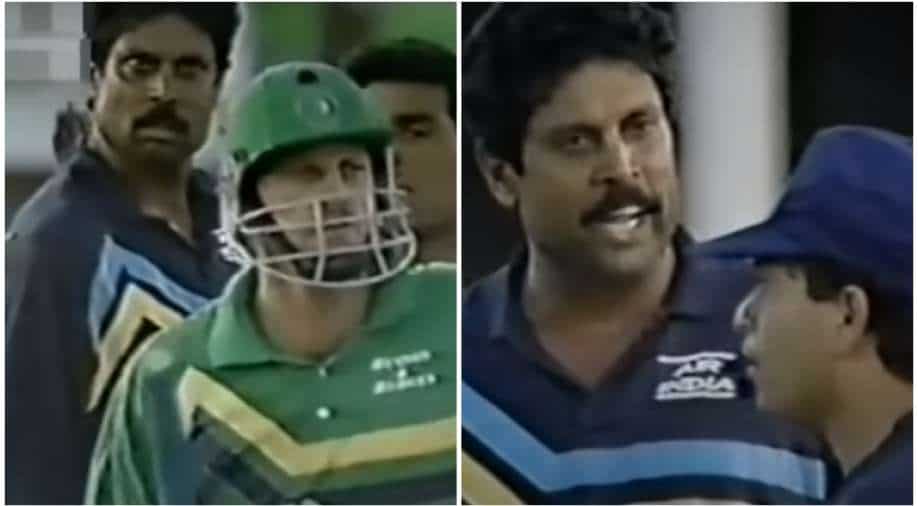 The controversy didn't die down soon as many termed Kapil's act as unsportsmanlike. Here's the throwback video:

Virat Kohli-led Team India are currently in South Africa and are gearing up for their three-match Test series opener versus the Proteas, which gets underway on December 26 in Centurion. Over the years, India have toured the rainbow nation on several occasions and produced some memorable performances.

During the 1992 tour of South Africa, India had gone to the African nation for four Tests and seven ODIs. During the tour, labelled the 'Friendship series', Kapil Dev and South African batsman Peter Kirsten were involved in a huge controversy. It so happened that the former Indian captain Kapil had warned Kirsten to not leave the non-striker's end before he was supposed to during the ODI series opener.

While Kapil removed the bails in the series opener, he didn't appeal and, hence, issued a warning to Kirsten. The SA batter assured that he won't repeat the same mistake again but he didn't live upto expectations in the following ODI. Hence, an agitated Kapil mankaded him in the second match and dismissed the batsman. This led to a heated exchange of words between Kapil and Kirsten before the latter walked out of the ground. Here's a throwback video of the same:

The controversy didn't die down soon as many termed Kapil's act as unsportsmanlike. The tour, however, was a forgettable affair for the Mohammad Azharuddin-led Indian team, who lost the four Tests 1-0 and conceded the seven ODIs 5-2 to the hosts.

At present, Kapil is gearing up for the release of his team's biopic, 83, on India's historic 1983 World Cup win in England. The former all-rounder retired from the game with over 5,000 runs in Tests, 3,783 runs in ODIs and a staggering 657 scalps across formats.