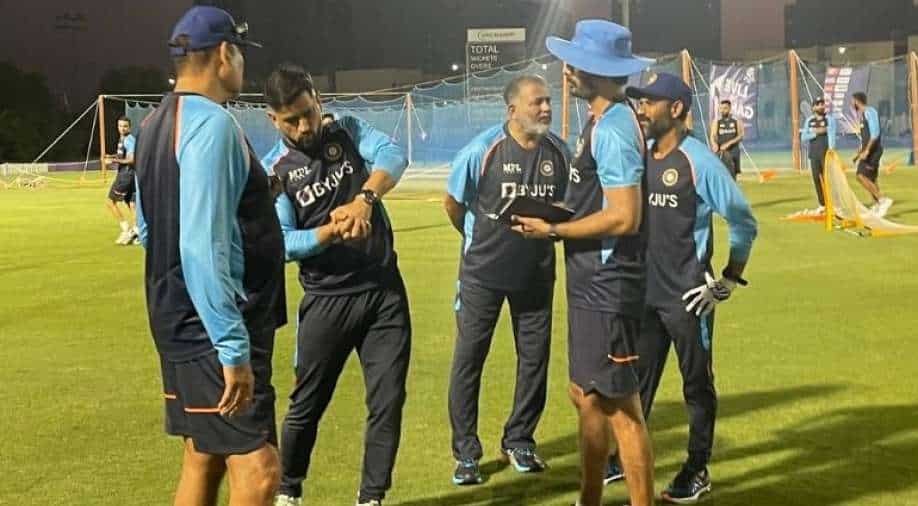 Mahendra Singh Dhoni has joined Team India's camp as the Virat Kohli & Co. begin their preparations for their ICC Men's T20 World Cup campaign, BCCI on Sunday (October 17) released pictures of Dhoni with some Indian players. The tournament is underway in the United Arab Emirates and Oman.

The BCCI's official Twitter account shared images of Dhoni interacting with Team India, with the comment: "Extending a very warm welcome to the KING. @msdhoni is back with #TeamIndia and in a new role."

Also Read: MS Dhoni to be the 1st player to be kept by CSK if retentions are allowed ahead of IPL mega auction

Extending a very warm welcome to the KING 👑@msdhoni is back with #TeamIndia and in a new role!💪 pic.twitter.com/Ew5PylMdRy

Virat Kohli, India's captain, stated on Saturday (October 16) that having MS Dhoni as a mentor for the ICC Men's T20 World Cup will benefit his team.

"Massive experience. He is quite excited about getting back in this environment. He has always been a mentor for all of us, when we were starting our careers at the time he played and now he has the same opportunity to continue the same again."

"Especially for the younger guys who are in early stages of their career, just experience that he has gained over the years and having conversations with him about the game," said Kohli during a Captain's Call organised by the International Cricket Council (ICC) ahead of the upcoming Men's T20 World Cup.

"Such practical inputs and such intricate details of where the game is going and where we can improve. He makes a difference when he is in a leadership role in any team, absolutely delighted to have him in this environment. He will certainly boost the morale of the team further," he added.