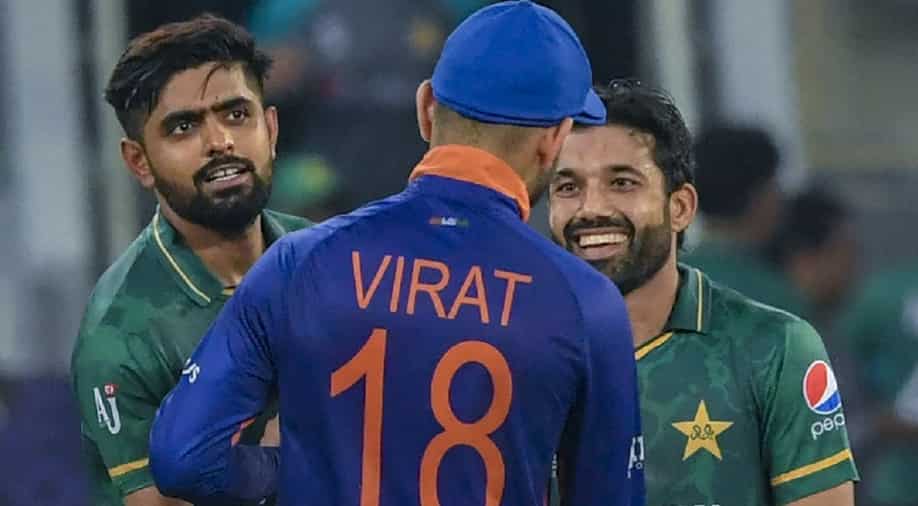 Virat Kohli also reflected on the future as he said that it is "important to stay composed" and understand our strengths. Kohli also said that "this is just the first game of the tournament, not the last."

The Virat Kohli-led India didn't get a start they had hoped for in the ongoing ICC Men's T20 World Cup as in their first match of the tournament's Super 12 stage, they suffered a heavy 10-wicket defeat against arch-rivals Pakistan on Sunday (October 24).

During the match, India were asked to bat first after losing the toss and the Virat's side was off to the worst possible start when Pak's left-arm quick Shaheen Shah Afridi (3-31) thrashed the Indian batting order. Pakistan's bowling department was outstanding as they kept India to 151-7 despite a valiant 57 from Kohli.

In reply to that, Pakistan chased down the target with 13 balls to spare thanks to their opening pair Babar Azam and Mohammad Rizwan's half-centuries. Pakistan registered their first-ever win over arch-rivals at a Twenty20 World Cup.

During the post-match presentation, Kohli weighed in on the embarrassing loss, as he said that the team "didn't execute properly". He further added, "Credit where it's due and Pakistan outplayed us today. They started brilliantly with the ball, and 3 wickets for 20 runs was not a good start."

Reflecting on Kohli's remark, former cricketer Ajay Jadeja said he is "disappointed". During his interaction with Cricbuzz Hindi Live, Jadeja said, "I heard Virat Kohli's statement that day. He said when we lost two wickets, we fell behind in the match against Pakistan. I was disappointed with that."

Explaining it further, the former player said, "When a player like Virat Kohli is out there in the middle, there is no way the match has ended. He had not played even two balls and was thinking like that. So, it shows India's approach."

India skipper Kohli also said, "We could make the argument of getting in another slower bowler, but it's important to stay composed and understand our strengths, because with the dew the slower bowlers couldn't be effective either. This is just the first game of the tournament, not the last."