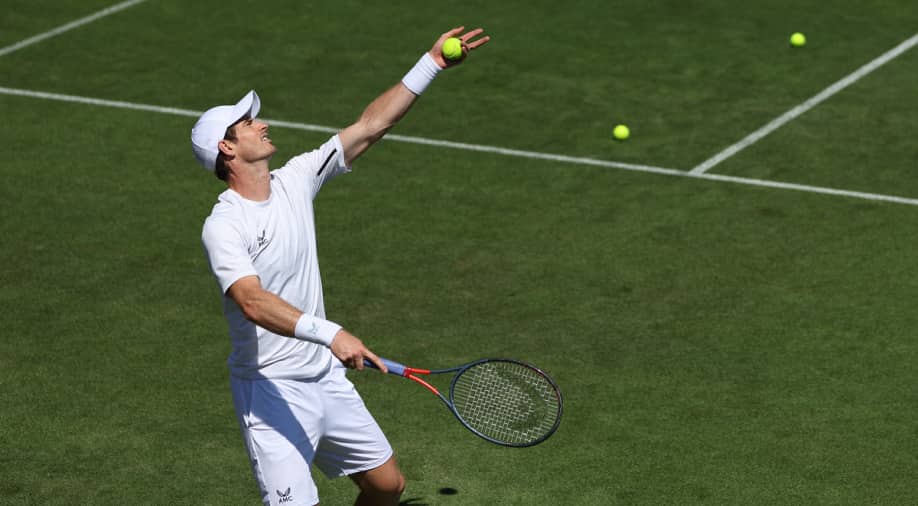 Andy Murray is full of belief ahead of Wimbledon 2022. Photograph:( Reuters )

Andy Murray has expressed confidence in his chances at the Wimbledon 2022 after asserting he still has a lot of 'good tennis' left in him.

Andy Murray has shaken off the abdominal injury which threatened his participation at Wimbledon, the former world number one said on Saturday before declaring that there was still a lot of "good tennis" left in him. Murray, who won the grasscourt Grand Slam in 2013 and 2016, sustained the injury during his Stuttgart Open final defeat by Italian Matteo Berrettini earlier this month, after impressive wins over Stefanos Tsitsipas and Nick Kyrgios.

The problem forced Murray, ranked 51st, to skip the Queen`s Club event with doubts over his participation at Wimbledon but the Scot said things had improved since.

"It`s gone well," Murray, 35, told reporters. "I`ve been able to gradually progress my training this week and got to play a few sets, a lot of points. The last few days have been good."

Also Read: Serena Williams will be difficult to beat but not a favourite to win Wimbledon 2022 title: Nandan Bal

Murray secured his first victory over a top-five opponent in six years with a 7-6(4) 6-3 victory over Tsitsipas in Stuttgart, showing fans glimpses of the form that marked his rise to the top of the rankings before multiple hip surgeries.

He reached the 70th final of his career and second of the year after a runner-up finish in Sydney.

"I think I showed a couple weeks ago that there was still good tennis left in me," Murray said. "I beat a guy in the top five, I was neck-and-neck with Berrettini, who is one of the best grasscourt players in the world before the injury.

"I played well against Kyrgios, as well. The first set was a good level. And I`ve been doing pretty well in practices. I know the tennis is in there; I just need to bring it out during the event now.

"Having Ivan (Lendl) on my team helps. We`ve had a lot of success in the past. We know each other well. He still believes in me. There`s not loads of coaches, people out there that have done over this last period, and he has. That definitely helps."

Wimbledon begins on Monday, with Murray facing Australia`s James Duckworth in the first round.