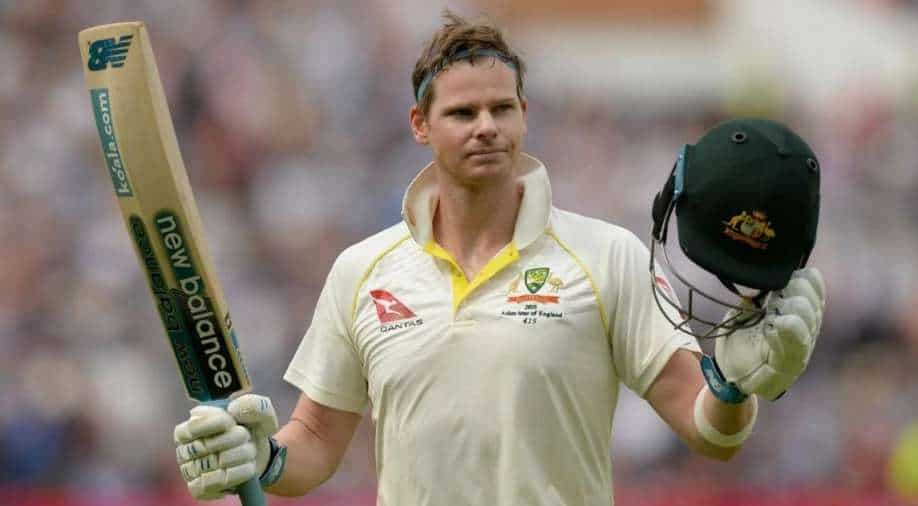 File photo of Steve Smith, who emerged as one of the candidates for Australian Test captaincy after Tim Paine stepped down. Photograph:( AFP )

As per the media reports, Australian selectors were "interested" in the idea of Smith being able to captain

After Tim Paine resigned as Australian Test cricket captain on November 19 over exchanging inappropriate text messages with a former female colleague in 2017, Australian selectors are looking for options to replace him ahead of the Ashes series. While addressing the press, teary-eyed Paine said that his actions in 2017 "do not meet the standard of an Australian cricket captain".

Latest reports have suggested that former skipper and batting mainstay Steve Smith emerged as one of the candidates for captaincy. Media reports further stated that selectors approached the country's cricket board. Although there isn't any official confirmation and it is understood that vice-captain Pat Cummins is the frontrunner for the top job.

IN PICS | From 'John' the bookmaker to Paine's sexting: Controversies that have tainted Australian cricket since 1981

"There are a range of candidates who are available for that role, Steve Smith is one of the candidates that is available for the role," said CA chairman Richard Freudenstein during a virtual press conference following Paine's resignation.

The Australian media outlet, on Saturday, ran a story quoting Herald Sun: "It's understood the selectors were interested in the idea of Smith being able to captain should an injury or similar occur to Tim Paine, with the proposal given the board's approval."

ALSO READ | Watch: Will MS Dhoni play in IPL 2022? Here's what CSK captain has to say

Smith was forced to step down as the captain after the ball-tampering rocked Cricket Australia in 2018. After on-field cameras caught Australian batter, Cameron Bancroft, trying to rough up one side of the ball during a match against South Africa, Smith, his deputy David Warner were suspended for 12 months. Bancroft was suspended for nine months.

"Smith was barred from holding a leadership position within the team for two years after the events of Cape Town, with that ban elapsing over a year ago," sen.Com.Au added on Saturday.

The reports also added that pacer Cummins will be the top choice, however, there is another possibility that Smith could be appointed as vice-captain to support Cummins.

The first Test begins in Brisbane on December 8.