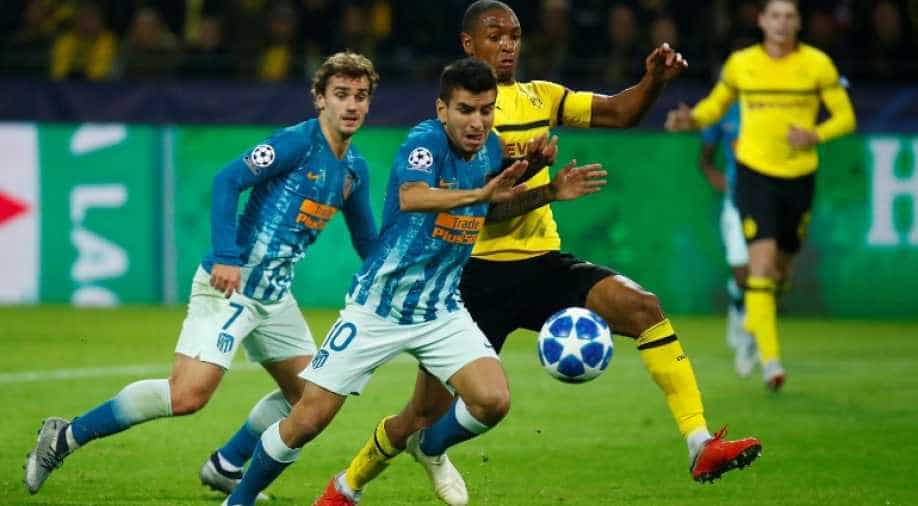 Borussia Dortmund cruised past Atletico Madrid 4-0 in their Champions League match on Wednesday with two goals from substitute Raphael Guerreiro helping propel them to the top of Group A.

The Germans, unbeaten in all competitions so far this season but without injured in-form striker Paco Alcacer, grabbed the lead through Axel Witsel in the 38th minute with a slightly deflected effort.

Apart from an Antoine Griezmann effort, Atletico never threatened in the first half, but came out battling after the break with Saul Niguez rattling the crossbar with a curled shot in the 52nd.

Saul had another three chances in the following minutes as Atletico seemingly edged closer to an equaliser and kept the Germans on the backfoot.

But Dortmund timed their second goal to perfection to take some of the pressure off, with substitute Guerreiro, who had come on in the 63rd, tapping in from close range from an Achraf Hakimi pass.

Hakimi then delivered another assist for another substitute Jadon Sancho to grab Dortmund's third with his first European goal in the 83rd before Guerreiro completed their victory with his second of the evening six minutes later.

Atletico had hit the woodwork for the second time in the 78th minute but had to accept a crushing loss, their first Champions League defeat of the season.

Dortmund, who have yet to concede a goal in the competition, are top on nine points from three games, with Atletico second on six. 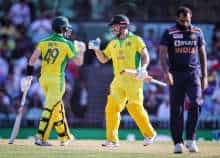