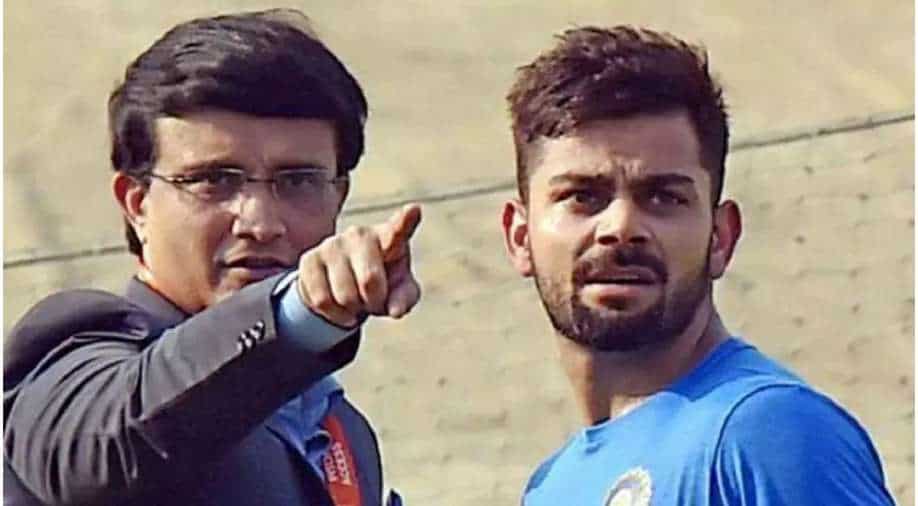 Virender Sehwag compared the captaincy styles of Sourav Ganguly and Virat Kohli to make a bold claim. Here's what he said:

Since the 2000s, Indian men's cricket has been blessed with some brilliant captains which have led to the national side's resounding success. While Sourav Ganguly had to start from scratch after taking over post the match-fixing saga, Rahul Dravid and Anil Kumble did well for a brief period before MS Dhoni took over and later passed on the baton to Virat Kohli. Kohli recently resigned from captaincy from two formats and was sacked as an ODI skipper as Rohit Sharma has succeeded him across all forms of the game.

Every Indian captain, since the 2000s, has had unique qualities. Recently, former Indian opener Virender Sehwag compared the captaincy styles of Ganguly and Kohli and made a bold claim. Sehwag, who was also Dhoni's deputy for a long time, feels while Ganguly built a new team and backed players to the core, Kohli didn't do the same despite enjoying some good success in the skipper's role.

“Sourav Ganguly built a new team, brought in new players and backed them through their highs and lows,” Sehwag told Sports 18. “I doubt if Kohli did that in his tenure.” He added, "In my opinion, the #1 captain is the one who builds a team and gives confidence to his players. He (Kohli) backed some players, some he did not."

While Kohli's numbers as a captain across formats have been very good, he failed to take India to an ICC title during his tenure from 2017-to 2021. The onus now lies with Rohit to end India's ICC title drought since 2013.