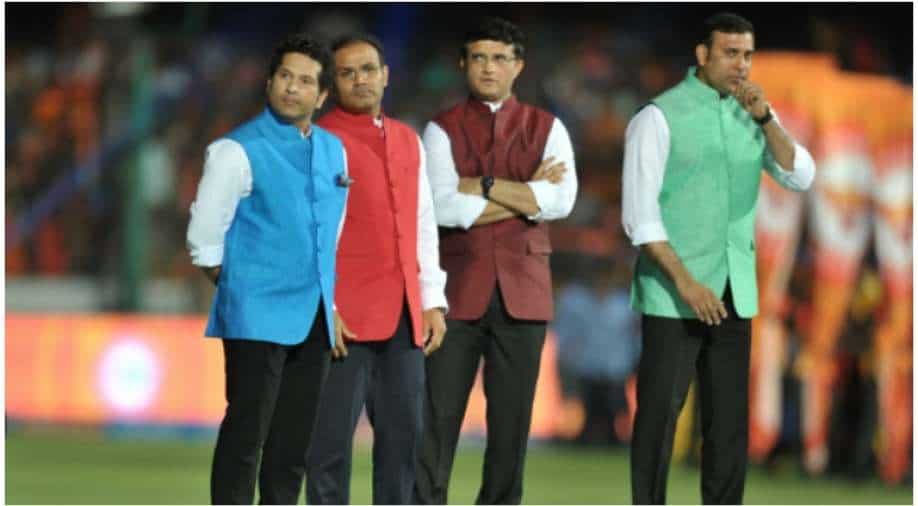 Nobody would remember me if I scored tons at SRT, Ganguly's pace: Virender Sehwag Photograph:( AFP )

Virender Sehwag was known for his fearless display of batting. Recently, he revealed that he had to score tons at a rapid pace to make an identity for himself amid Sachin Tendulkar, Rahul Dravid, Sourav Ganguly, VVS Laxman, etc.

Virender Sehwag was a special talent. Making a mark in a batting line-up comprising members of India's golden era, such as Sachin Tendulkar, Rahul Dravid, Sourav Ganguly and VVS Laxman was never going to be easy for anyone. However, Sehwag had his own way of approaching the game and played his own way despite many criticism.

While Sehwag excelled in the ODI format, and also struck at 145.38 in 19 T20Is for India, he exceeded expectations with his performances in the purest format of the game. Not having a textbook technique, Sehwag surprised one and all by amassing 8,586 runs in whites, striking at a whopping 82.23 along with 23 tons and 32 fifties.

Recently, speaking to Sports 18, Sehwag opined that while the likes of SRT, Dravid, Ganguly and others scored centuries in 150-200 balls, he reached the milestone lot earlier than them, helping him in creating his own identity. "Sachin Tendulkar, Rahul Dravid, VVS Laxman, Sourav Ganguly all would score their centuries playing 150-200 balls. If I scored hundreds at the same rate, no one would remember me. I had to score runs faster than them to create my identity,” said Sehwag, who represented India in 104 Tests and ended with an average of 49.34.

While many batters tend to slow down or play cautiously en route a triple-figure mark, Sehwag continued to play fearless cricket and continued to take on the bowlers by sticking to his approach. In this regard, he added, "I always thought that if I stayed till the end of the day, I should score 250 runs, and in that process, I obviously would have to cross 100, 150, 200 and so on. So, there was no pressure in hitting a ball to or over the fence in the nineties because the goal was not to stop at 100."