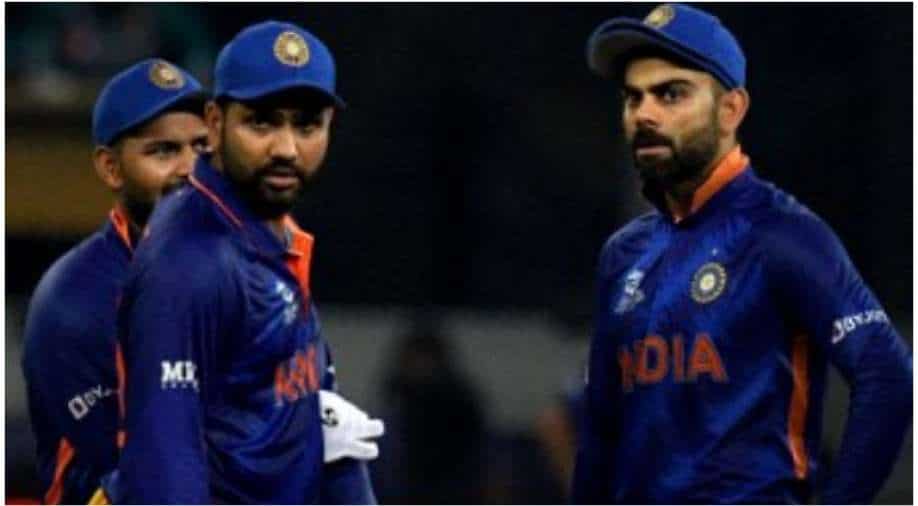 Chetan Sharma, chairman of BCCI's All-India Senior Selection Committee, opined on the rift rumours between Rohit Sharma and Virat Kohli after the ODI squad for the SA series was announced on Friday (December 31).

After the squad got announced, which saw KL Rahul become the captain in absence of injured limited-overs skipper Rohit Sharma, Chetan Sharma -- the former cricketer-turned-chairman of selection committee -- reacted to the rift rumours between Rohit and Virat Kohli. For the unversed, the rift rumours had once again resurfaced in Indian cricket post Rohit replacing Kohli as the limited-overs captain in early December, 2021.

On being asked in a press conference, if the BCCI will look to arrange a meeting between Rohit and Kohli to sort out things, Chetan replied, "but about what? Things are absolutely fine. That's why I was saying don't go by speculations. We're all cricketers first and selectors later. There is nothing between them."

The chief selector further claimed he laughs at reports of a rift between the two superstar cricketers and asserted, "Sometimes I read reports about them and laugh. I'm telling you there is such good planning between them about the future. Things are fantastic. If you were in my place, you would have enjoyed watching how these guys are working together as a team and family and a unit. It's really saddening when people make up things like that. So please, leave controversies behind in 2021. Let's talk about how to make them the best team."

On December 15, 2021, Kohli had addressed the media in a press conference before India's departure to South Africa and had reacted to the baseless rift rumours. Back then, he had stated, "Between Rohit and I, there is no problem at all. Honestly, over the last 2, 2 and half years, I have been clarifying this. I am tired of doing it. Again and again, the same question is being asked of me. I will tell you one thing with a guarantee that my actions and my communications will never bring down the team till the time I play cricket."

At present, Kohli-led Indian Test team is on the cusp of winning their first-ever series on African soil after gaining a 1-0 lead in the three Tests versus the Proteas following the Centurion Test. If India win one of the two remaining Tests, they will achieve their maiden Test series triumph in the rainbow nation.

The ODIs will kick off on January 19 at Paarl.