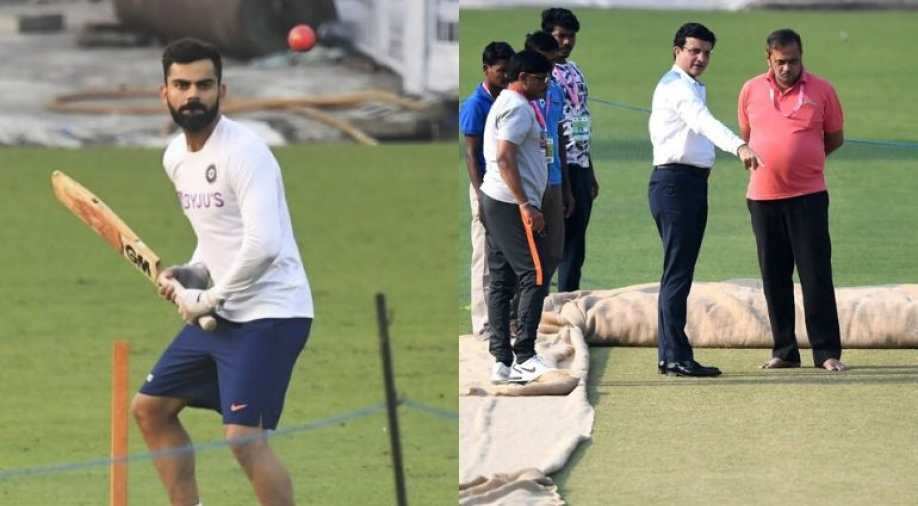 The Board of Control for Cricket in India (BCCI) chief Sourav Ganguly confirmed that tickets for the first four days were sold out.

Kolkata's Eden Garden is getting ready to host the 'Pink Test' between India and Bangladesh to be played at the historic venue on Friday.

It will be a maiden day-night Test for both sides which is expected to be attended by several dignitaries including Bangladesh Prime Minister Sheikh Hasina and West Bengal Chief Minister Mamata Banerjee who are to ring the customary Eden Bell.

The Board of Control for Cricket in India (BCCI) chief Sourav Ganguly confirmed that tickets for the first four days were sold out.

Indian captain Virat Kohli drew comparisons between the match on Friday to the 2016 T20 World Cup match against Pakistan, saying that it would be nice to play a Test in front of 80,000 spectators, giving “a big boost to all players.”

However, the Indian captain cautioned that day/night Tests should not become the only way for the long format of the game.

India is the second Asian country ever to host the match with Pakistan having hosted the first day/night Test back in 2016 against West Indies, which the hosts won by 56 runs.

BCCI president Sourav Ganguly was seen inspecting the venue pitch on Wednesday, while BCCI tweeted a 17-second clip, giving a sneak peek into the ongoing preparations.

"Kolkata gearing up for the #PinkBallTest," said the post in which the Eden Gardens could be seen lit in pink.

Ganguly on Wednesday in a series of tweets called the Test a “big occasion” and a “historic Test match” as he applauded the Cricket Association of Bengal (CAB) and the BCCI for their efforts.

Pink balls are used for day/night encounters as opposed to the traditional red balls for better visibility under lights.

India had last year turned down the offer to play a day/night Test against Australia in Adelaide.

On India’s decision not to play the match, captain Virat Kohli on Thursday said that the team wanted to play with the pink ball in home conditions first.

“We have not played any first-class games with the pink ball, we wanted to experience it first in our own conditions. It cannot be a sudden thing, you need to prepare. It needed a bit of preparation, once you get the hang of it, then you can play the pink-ball Test," Kohli said.

A total of 11 day-night Tests have been played till date with Australia leading the score charts winning all 5 Tests.  Australia had won the first-ever day/night against New Zealand at Adelaide by 3 wickets in 2015.