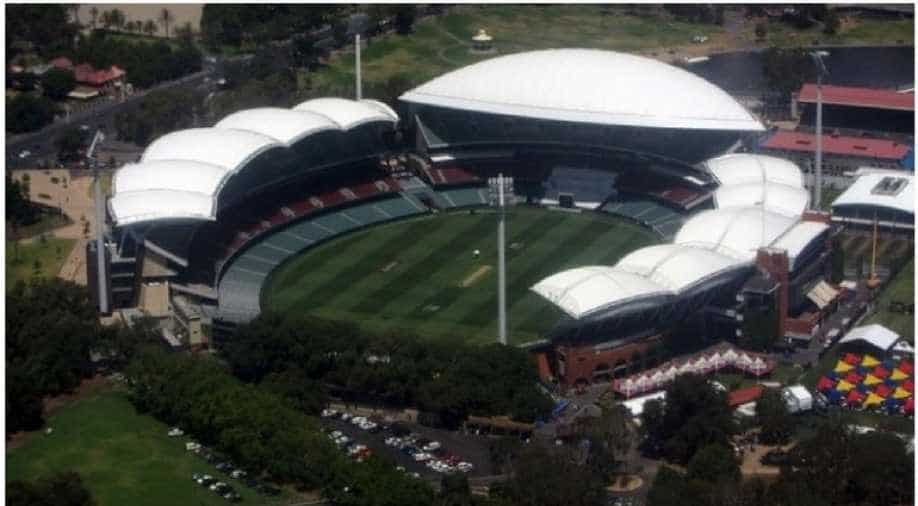 The cricket pitch can be seen in the middle of the Adelaide Oval in Adelaide, Australia Photograph:( Reuters )

India have declined to play their maiden day-night test against Australia, leaving the series-opener in Adelaide a day match, Cricket Australia confirmed on Tuesday.

The Australian board had hoped India would agree to a floodlit match for the Dec. 6-10 test at Adelaide Oval, where the home side have beaten England, South Africa and New Zealand in pink-ball matches over the past three home summers.

"We can confirm that we have received advice from the Board of Control for Cricket in India that it is not prepared to participate in a proposed Day-Night test in Adelaide this summer," Cricket Australia said in a statement.

"As a result, we can now confirm the test match will be a day format."

Most established test-playing nations have competed in the new format, but India remains a hold-out.

A series-opener under lights against experienced pink ball cricketers Australia would have been a tough introduction to the tour for Virat Kohli's side, however.

South Africa were also initially reluctant to play their 2016 test under lights at Adelaide, fearing the hosts would have an unfair advantage. They duly lost by seven wickets.

Australia have scheduled a day-night test against Sri Lanka in Brisbane during their two-match series starting in January.