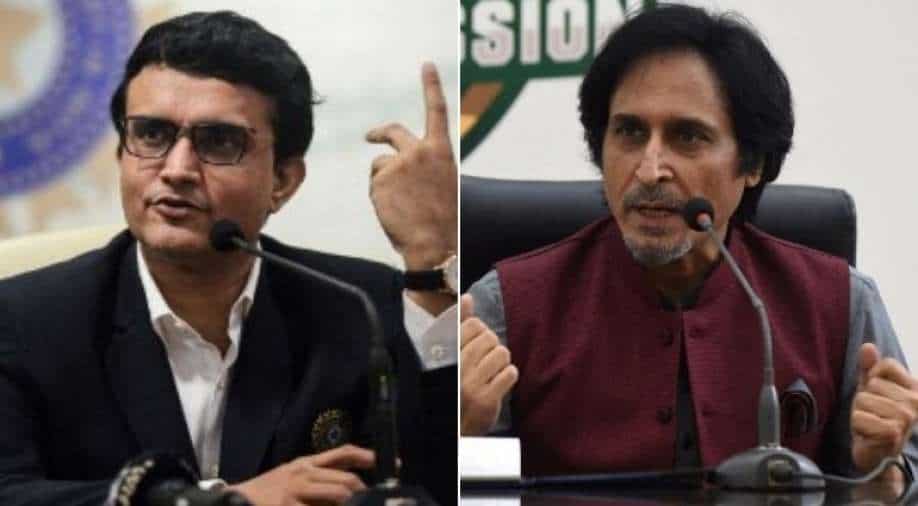 Ganguly and Raja discussed several cricket-related issues, including the promotion of Asian cricket during their meeting at the sidelines of the Asian Cricket Council (ACC)

An informal meeting between Saurav Ganguly, the president of the Board of Control for Cricket in India (BCCI) and his counterpart Ramiz Raja, who is the chairman of Pakistan Cricket Board (PCB) was held if reports published by Pakistani media are believed to be true.

As per the reports, Ganguly and Raja discussed several cricket-related issues, including the promotion of Asian cricket during their meeting at the sidelines of the Asian Cricket Council (ACC).

Pakistan's Geo News claimed that Ganguly even invited Raja to attend the final of the Indian Premier League 2021 between Chennai Super Kings (CSK) and Kolkata Knight Riders (KKR) on October 15 in Dubai, but former Pak cricketer could not attend.

Meanwhile, in what comes as a massive boost to the South Asian country's hopes of staging international tournaments, it has been reported that Pakistan will host the Asia Cup 2023. As per a report in Cricbuzz, the PCB chief confirmed that the tournament will be played in Pakistan.

Pakistan last hosted the Asia Cup in 2008 and has since not managed to host a major ICC tournament. As in the aftermath of a terrorist attack on the Sri Lankan team bus in Lahore in 2009, international cricket boards stopped travelling to Pakistan.

Pakistan has been managing to invite international cricket teams with the Zimbabwe tour in 2015 was a significant start. However, they suffered a major blow when New Zealand and England cancelled their tours due to security reasons.

When it comes to India and Pakistan, both the teams have not played a single bilateral series since 2012-13 when Pakistan toured India for a short T20I and ODI series.

The last time India faced Pakistan was in the 2019 ODI World Cup. However, both the teams are all set to square off during the upcoming T20 World Cup on October 24.