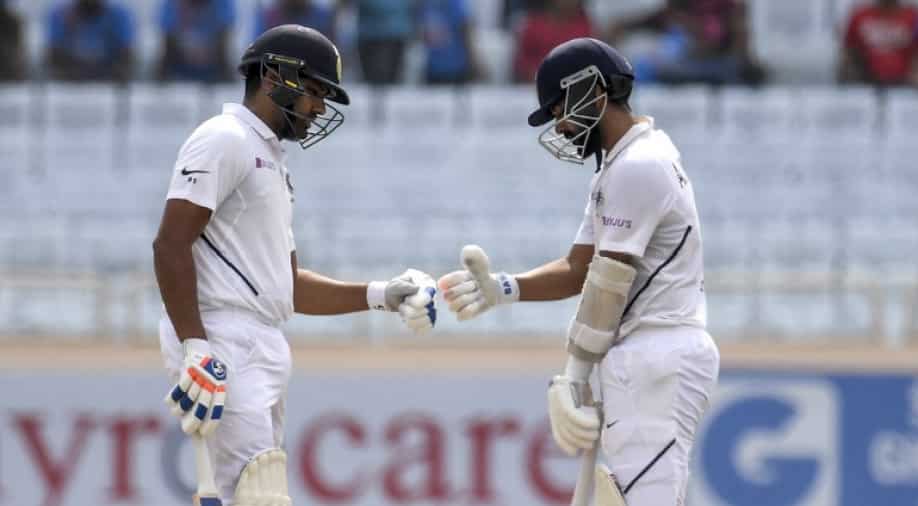 Ajinkya Rahane is likely to be replaced by Rohit Sharma as India's Test vice-captain. Photograph:( AFP )

Rohit Sharma is reportedly set to replace Ajinkya Rahane as the vice-captain of the Indian Test team for the upcoming tour of South Africa.

Rohit Sharma looks set to take over as the new vice-captain of the Indian Test team after being appointed as the skipper of the T20I side. Rohit is in line to replace Ajinkya Rahane as the vice-captain in Tests for India's upcoming tour of South Africa. BCCI has confirmed that the tour will go ahead despite the Omicron threat in the country.

COVID-19 cases in South Africa have surged after the emergence of the Omicron variant but BCCI and Cricket South Africa have decided to go ahead with the tour. The tour is all set to begin on December 26 but will only consist of three Tests and as many ODIs as the four-match T20I series has been postponed to a later date.

Rohit is likely to be announced as the new vice-captain of the Test team when the squad for the South Africa series is announced. Rohit is currently not part of India's ongoing two-match Test series against New Zealand at home as he was rested but the senior batter reportedly had a big say in the hosts' squad selection.

“The selection meeting will happen in a few days. It is likely that Rohit will be made the vice-captain of the Test team. The Indian team is committed to travel to South Africa. However, the tour will not go on as per schedule. BCCI has communicated to Cricket South Africa (CSA) that it could start the tour with the Boxing Day Test,” a top BCCI official was quoted saying by Times of India.

The move was reportedly on the cards for a while considering the dip in Rahane's performances of late. While he has been completely sidelined from white-ball cricket, Rahane has failed to perform consistently for India in the longest format as well and has struggled massively.

Rahane averages just around 36 in Tests in the last five years and had failed to deliver during India's tour of England earlier this year where he managed to amass only 109 runs in seven innings. His struggles continued in the ongoing New Zealand series as the experienced right-hander scored only 39 runs in two innings before missing the ongoing second Test due to an injury.