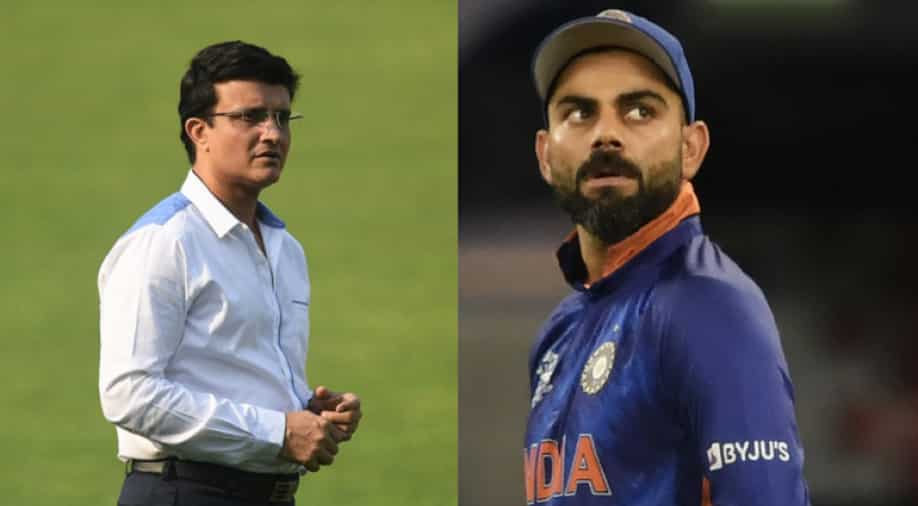 BCCI president Sourav Ganguly recently opened up on Team India's disappointing campaign in the T20 World Cup 2021 and called it one of the worst performances by the Men in Blue in the last 3-4 years.

Virat Kohli-led India endured a woeful campaign at the T20 World Cup 2021 in the UAE this year as they failed to qualify for the semi-finals after making a group-stage exit from the tournament. The Board of Control for Cricket in India (BCCI) president Sourav Ganguly recently opened up on the team's performance in the showpiece event and called it the 'poorest' performance in the last four-five years.

Ganguly said the Indian team didn't play with enough freedom and it felt like the Men in Blue were playing only to 15% of their ability as they failed to qualify for the semi-finals after two back-to-back losses in their first two matches. India had lost their opening encounter against Pakistan before slipping to a defeat in their next game against New Zealand.

"To be honest, 2017 [and] 2019, I think India was good. 2017 Champions Trophy we lost the final to Pakistan at the Oval, I was a commentator then. Then the 2019 World Cup in England, we were exceptional right throughout, beat everyone and lost to New Zealand in the semi-final - one bad day and the entire good work for two months was just wiped away. [I am] a little disappointed with the way we played this World Cup. I think this has been the poorest of all what I have seen in the last four-five years," Ganguly said on the show Backstage with Boria.

India lost their opening encounter against Pakistan by ten wickets before Kiwis thrashed Kohli & Co. by eight wickets to all but end their hopes of making it to the semis. India went on to win their next three games on the trot by big margins but six points were not enough to help them qualify for the top four.

"I don't know what's the reason but I just felt they did not play with enough freedom this World Cup. Sometimes it happens in big tournaments, you just get stuck and when I saw them playing against Pakistan and New Zealand - I just felt this was the team which was playing to 15% of its ability. And sometimes you can't just a finger on it that this is the reason why it happened," Ganguly added.

With Kohli stepping down from captaincy in the shortest format post the conclusion of the T20 World Cup 2021, Rohit Sharma has been appointed as the new skipper and will be leading the team in the upcoming T20 World Cup 2022. Former head coach Ravi Shastri has also been replaced by Rahul Dravid after his tenure ended.