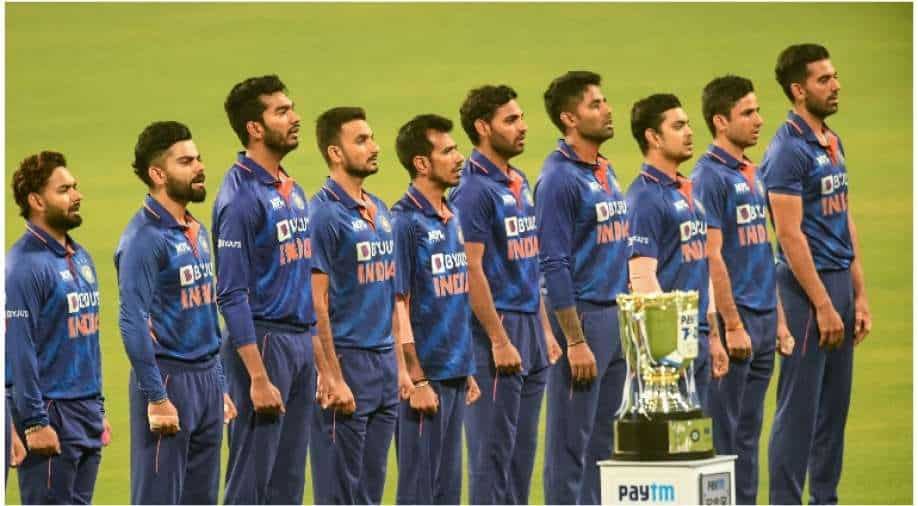 Ahead of the India-Sri Lanka home T20Is, captain Rohit addressed the media and mentioned three names who are being looked upon as the possible contenders for Team India captaincy after him.

A lot has changed in Indian cricket following the 2021 T20 World Cup. Virat Kohli had already made it clear that he won't captain in the shortest format post the mega event and was succeeded by Rohit Sharma. Before the end of 2021, BCCI removed Kohli as the ODI captain as Rohit was appointed as the white-ball skipper.

As Kohli stepped down as the Test captain in mid-January, Rohit has now taken over as the all-format captain. While KL Rahul has been confirmed as Rohit's deputy in the shorter formats, there is no clarity on who will take up the vice-captaincy slot in Tests. Ahead of the India-Sri Lanka home T20Is, captain Rohit addressed the media and mentioned three names who are being looked upon as the possible contenders for Team India captaincy after him.

Speaking to the press on the eve of the series-opener against SL, on Wednesday (February 23), Rohit said, "If you talk about Jasprit Bumrah, KL Rahul and Rishabh Pant, these guys have a crucial role to play in the future for Indian cricket. They are also seen as possible contenders for leadership," he said.

While Rahul has already led India in one Test and three ODIs, during the South Africa tour, Bumrah acted Rahul's deputy back then and will again take the vice-captain's slot in the former's absence for the SL T20Is. On the other hand, Pant was serving as the vice-captain in the recently-concluded white-ball series versus West Indies at home.