Rohit Sharma heaps praise on Virat Kohli: He led from the front, there was determination to win every game 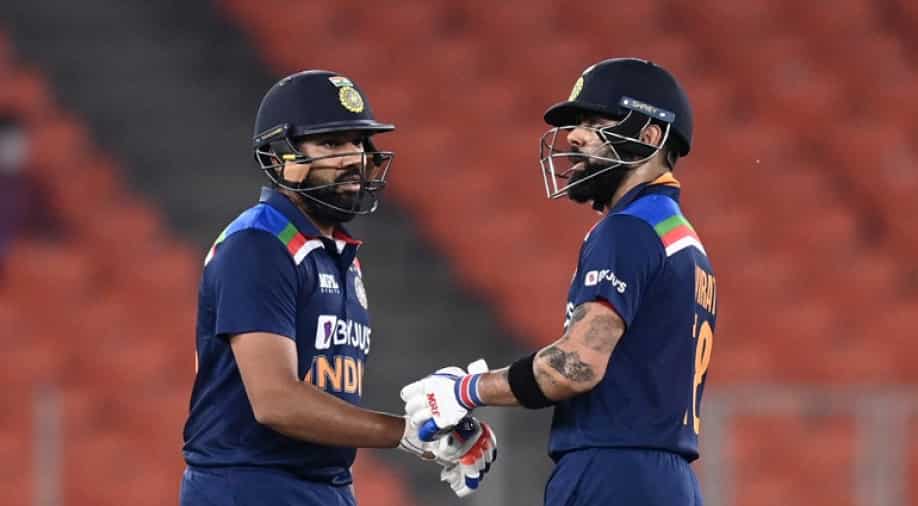 India's newly-appointed ODI skipper Rohit Sharma has heaped praise on Virat Kohli's leadership qualities after replacing him as the skipper.

Rohit Sharma has become India's new captain across white-ball formats after replacing Virat Kohli as the ODI skipper of the team last week. Rohit had been appointed as the T20I skipper of the Indian team after Kohli decided to step down from captaincy post the T20 World Cup 2021. While had expressed his desire to continue leading the team in both Tests and ODIs, his captaincy stint in the fifty-over format was cut short by the selectors.

Rohit will be leading India for the first time as the full-time captain in ODIs on the team's upcoming tour of South Africa while Kohli will continue playing as a batter in both formats. After replacing him as the ODI captain of the team, Rohit heaped praise on Kohli's leadership qualities and lauded him for leading the team from the front.

Rohit said Kohli had the determination to win every game as a captain and that he enjoyed playing under his captaincy. Kohli had taken over as India's Test captain in 2014 before replacing MS Dhoni as the full-time across all three formats in 2017. He led India to the final of the Champions Trophy in 2017 before inspiring the team to the semi-final of the 2019 ODI World Cup, and the final of the ICC World Test Championship earlier this year.

"He has put the team in a situation where there is no looking back. Those five years that he led the team, he led from the front every time we stepped on to the park. There was clear grit and determination to win every game. That was the message to the entire squad," Rohit said in an interview with BCCI.

"We had a great time playing under him. I have played a lot of cricket with him and enjoyed each and every moment and I will still continue to do that. We need to keep getting better as a team and as individuals and that will be the focus for not just me but for the entire squad moving forward," he added.

Kohli led India in a total of 95 ODI matches as captain and won 65 games with a winning percentage of over 70. He also was one of the consistent performers with the bat despite the burden of captaincy and played an instrumental role in helping India reach the final and the semi-final of the ICC Champions Trophy and ICC ODI World Cup in 2017 and 2019 respectively.