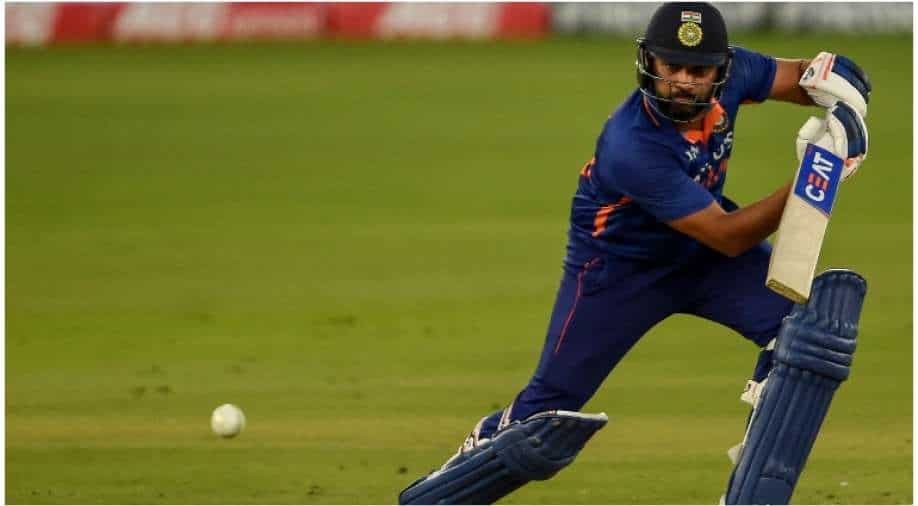 Rohit Sharma is on the verge of attaining two big milestones during the India-Sri Lanka T20I series. Here's all you need to know:

Rohit Sharma-led Team India is gearing up for the three-match T20I series versus Sri Lanka at home. After whitewashing West Indies in the white-ball series, India will hope to carry on with the momentum whereas captain Rohit will aim for another flawless series, both as captain and batsman.

Rohit is on the verge of attaining two big milestones during the SL series. If Hitman appears in all three games against the Islanders, he will overtake Shoaib Malik to become the most-capped player in the shortest format. At present, Rohit remains India's most-capped player in T20Is, followed by MS Dhoni (98) and his predecessor Virat Kohli (97). For the unversed, Kohli has been given a ten-day bio-bubble break and will return for the two Tests series versus Sri Lanka.

Most capped players in T20I cricket

As a batter, Rohit is 37 runs away from becoming the highest run-getter in T20Is. At present, Martin Guptill leads the list followed by Kohli and Rohit.

ALSO READ | 'He must learn to not.....': Virat Kohli's childhood coach shares advice for Rohit Sharma

Ahead of the T20Is, Rohit addressed the media on Wednesday (February 23) and dismissed concerns about his fitness. In recent times, he has been marred with injury concerns. "At the moment, I have no issues and looking forward to playing all the games," Rohit said. He added, "The workload always depends on what happens thereafter and you take day by day and understand what you do and if a break is needed, you take a break and someone else comes in.