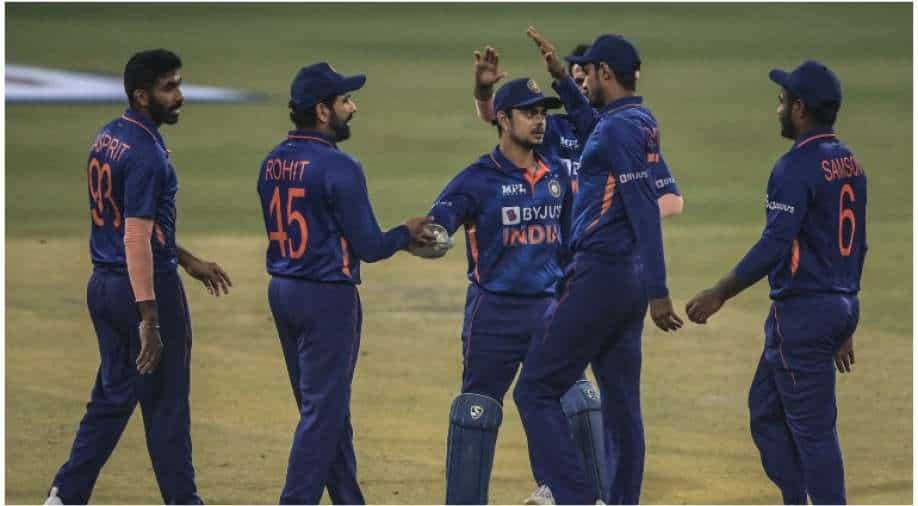 Men in Blue have been on a roll with their unbeaten streak now stretching to ten games. By virtue of this, India became the second-Test playing nation to attain 10 successive wins (fourth overall) in T20Is.

India thrashed Sri Lanka by 62 runs in the first of the three-match T20I series on Thursday evening (February 24) to go 1-0 up in the series. With this win, India also attained their biggest winning streak in the shortest format (10).

Post India's back-to-back defeats in the opening two games of the 2021 T20 World Cup, in the UAE, the Men in Blue have been on a roll with their unbeaten streak now stretching to ten games. By virtue of this, India became the second-Test playing nation to attain 10 successive wins (fourth overall).

Talking about the series opener, played in Lucknow, Dasun Shanaka-led Sri Lanka won the toss and opted to bowl first. The decision backfired as Ishan Kishan-Rohit's century-stand took India off to a flier. While Rohit fell for 32-ball 44, he became the leading run-getter in the shortest format.

In reply, Sri Lanka lost Pathum Nissanka on the very first ball of the steep run-chase. Bhuvneshwar Kumar also removed Kamil Mishara for cheap whereas Dinesh Chandimal, Shanaka and Chamika Karunaratne fell after getting a start each. Rohit once again rotated his bowlers with ease as Bhuvi, Venkestesh Iyer chipped in with two wickets each whereas Yuzi Chahal and Ravindra Jadeja maintained the pressure with one wicket apiece. Chahal also became the leading wicket-taker for the Men in Blue after dismissing Shanaka.

Eventually, SL were restricted for 137 for 6 in their full quota of overs (courtesy of Charith Asalanka's gritty 53*) as they were never in the run-chase and struggled to stitch partnerships.

The second and penultimate T20I will be held in Dharamshala on Saturday (February 26).