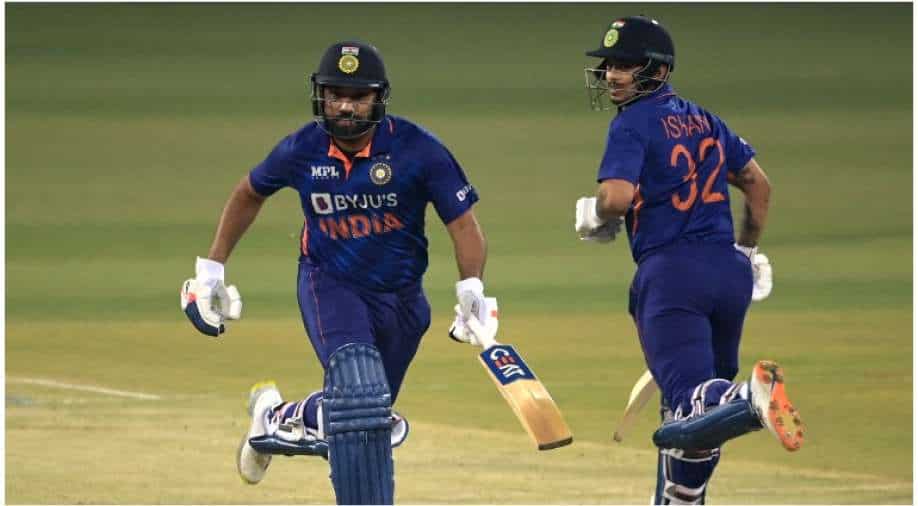 At the start of the India-Sri Lanka three-match series opener, Hitman was 37 runs away from going past New Zealand opener Martin Guptill's run-tally. He is now the highest run-getter in T20Is.

Rohit Sharma, on Thursday (February 24), surpassed Martin Guptill and his predecessor Virat Kohli to become the highest run-getter in T20Is. At the start of the India-Sri Lanka three-match series opener, Hitman was 37 runs away from going past New Zealand opener Guptill's run-tally. Courtesy a 100-run stand with Ishan Kishan, after being asked to bat first in Lucknow, Rohit jumped from the third spot to top the list of most runs in the shortest format.

Rohit achieved the big milestone before the half-way stage with a single off spinner Jeffrey Vandersay in the ninth over. While he was a bit slow to start his innings, as compared to Ishan, Hitman came to his own and attained the huge feat in the T20I format. He eventually fell for a 32-ball 44.

Most runs in T20Is

Rohit is also playing his 123rd match in the shortest format at the international level. If he features in all three games versus the Islanders in the ongoing series, he will also become the most-capped player in the format; surpassing Shoaib Malik (124).

At the coin toss in the 1st T20I, in Lucknow, Rohit said, "We were looking to chase as well, not sure how the pitches in India plays. But we now know we need to bat well, the last time we played here, about 4 years back, the pitch played well. Nothing changes as far as the goals of the team are concerned, need to do the right things as a team, need to keep ticking all the right boxes. It's a challenge for the new gutsy - from the last game we played, we have 6 changes. Ruturaj was supposed to play, but he has a wrist injury and will not play today."

Rohit's captaincy era has started off with a bang so far in the white-ball format. He is yet to lose a single game and will hope to take India to their 10th consecutive win in T20Is -- which will be the Men in Blue's longest unbeaten streak -- during the series opener versus their Asian neighbours.