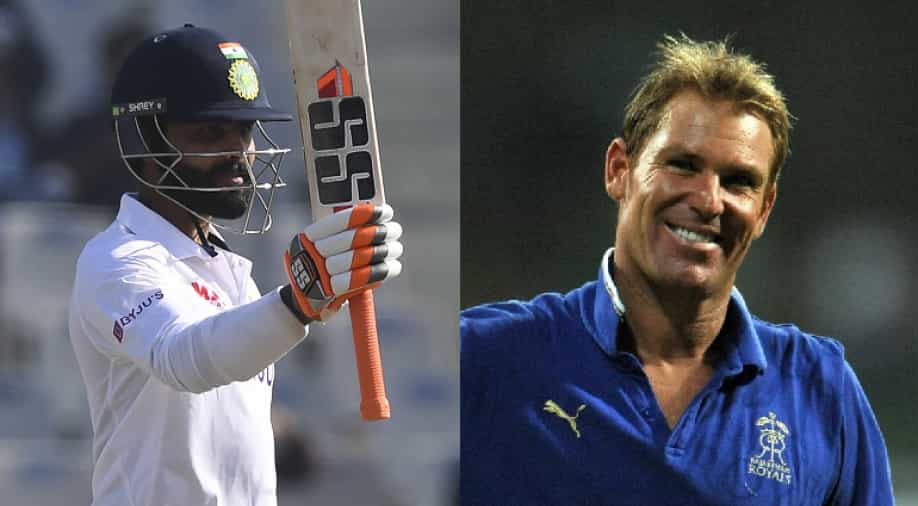 Ravindra Jadeja reacted to the late Shane Warne's 'this kid is a rockstar' comment for him in 2008. The India all-rounder played under Warne for Rajasthan Royals in the Indian Premier League (IPL).

The news of Australian cricket legend Shane Warne's sudden demise sent shockwaves across the cricketing world on Friday (March 04). Warne breathed his last after suffering a suspected heart attack in Thailand. The sudden passing away of one of the greatest cricketers of all time has left fans and players around the world mourning.

Besides being one of the best cricketers to have represented Australia, Warne was also the first captain to have won the Indian Premier League (IPL). Warne led Rajasthan Royals (RR) to their maiden IPL title in the inaugural edition of the tournament in 2008. The Rajasthan Royals squad back then had a number of rising superstars including the likes of Indian all-rounders Ravindra Jadeja and Yusuf Pathan.

Warne was an admirer of both the Indian youngsters and had predicted that the duo will go on to become superstars of Indian cricket in the years to come. As it turned out, Warne's predictions did come true with both Pathan and Jadeja doing well in their respective international careers.

While Pathan was part of India's 2007 T20 World Cup and 2011 ODI World Cup-winning teams, Jadeja is one of the best all-rounders in the world at present. Noted commentator Harsha Bhogle recalled Warne's comments about Jadeja in 2008 when the Aussie spin legend had said that 'this kid is a superstar' while praising the Indian all-rounder.

Also Read: 'We grew up idolising him, had his posters': Australia captain Pat Cummins reacts to Warne's demise

Bhogle tweeted how Warne loved Jadeja while recalling his comments. “He loved you Jaddu. Remember the time in ’08 at the DY Patil Stadium….He called you over and said to me “This kid is a rockstar”. We chatted more than once about you and he was very fond of you and of Yusuf,” Bhogle wrote.

Jadeja, who is currently in action for India in their longing first Test against Sri Lanka at the PCA Stadium in Mohali, responded to Bhogle's comments and said he still remembered Warne's words and that the news of his tragic demise was really sad. “Yes harsha bhai, I still remember that chat. Really sad news,” Jadeja responded.

Warne's Rajasthan Royals had defeated Chennai Super Kings in the final of IPL 2008 to lift the elusive trophy. The Royals have since failed to win their second IPL title.

Warne, who will go down as one of the greatest spinners of all time, is also known for his terrific leadership qualities and great reading of the game. He knew how to outsmart opposition batters and was a brilliant leader on and off the pitch. Warne played 145 Tests and 194 ODIs in his international career picking up a staggering 1001 wickets across formats.