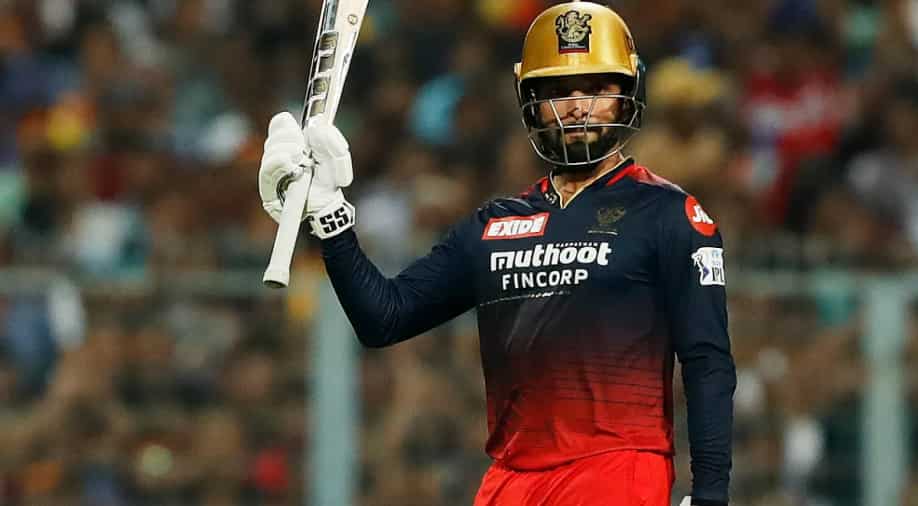 RCB batter Rajat Patidar notched up his maiden IPL century in his side's clash against Lucknow Super Giants in the IPL 2022 Eliminator at the Eden Gardens in Kolkata on Wednesday.

Rajat Patidar notched up his maiden Indian Premier League (IPL) century at the Eden Gardens in Kolkata on Wednesday (May 25) to set up the stage for a huge total for his side Royal Challengers Bangalore (RCB) in their clash against Lucknow Super Giants (LSG) in the Eliminator. It was an absolutely stunning knock from the uncapped Indian batter, who took the LSG spinners to the cleaners during his knock before bringing up his ton with a huge six against fast bowler Mohsin Khan in the 18th over of RCB's innings.

Asked to bat first in the all-important encounter, RCB got off to a shaky start as they lost skipper Faf du Plessis on a duck in the very first over as Patidar came out to bat at number three with the team under immense pressure. However, the right-hander showed little signs of nervousness as he settled down quickly and went after the LSG bowlers.

Patidar played some sensational strikes to all parts of the ground as he raced away to his half-century and added 66 runs for the second wicket with Virat Kohli (25). After Kohli's departure, Patidar continued his assault against the LSG bowlers at one end as he looked unstoppable with the bat.

Patidar went on to bring up his century with a six of Mohsin in the 18th over and took just 49 balls to reach the triple-figure mark. RCB had roped in Patidar as a replacement for injured uncapped Indian wicket-keeper batter Luvnith Sisodia in April this year.

He was given a chance to showcase his skills in the RCB batting line-up and has gone on to have a stellar season to cement his spot in the team. Patidar finished his innings with an unbeaten 112 off just 54 balls at a strike rate of over 207 laced with 12 fours and an impressive 7 sixes.

Cometh the hour, cometh the man!

With his century, Patidar also joined an elite list of batters who have scored a century in a playoff game in IPL history. The RCB star is only the fifth batter after the likes of Virender Sehwag, Shane Watson, Murali Vijay and Wriddhiman Saha to score a hundred in a knockout game in the IPL.

His brilliant knock of unbeaten 112 and Dinesh Karthik's sensational cameo of 23-ball 37 helped RCB post a massive total of 207 runs on the board in the Eliminator at the Eden Gardens. The winner of the game will meet Rajasthan Royals in the second Qualifier and take a step towards reaching the final while the loser will bow out of the tournament.