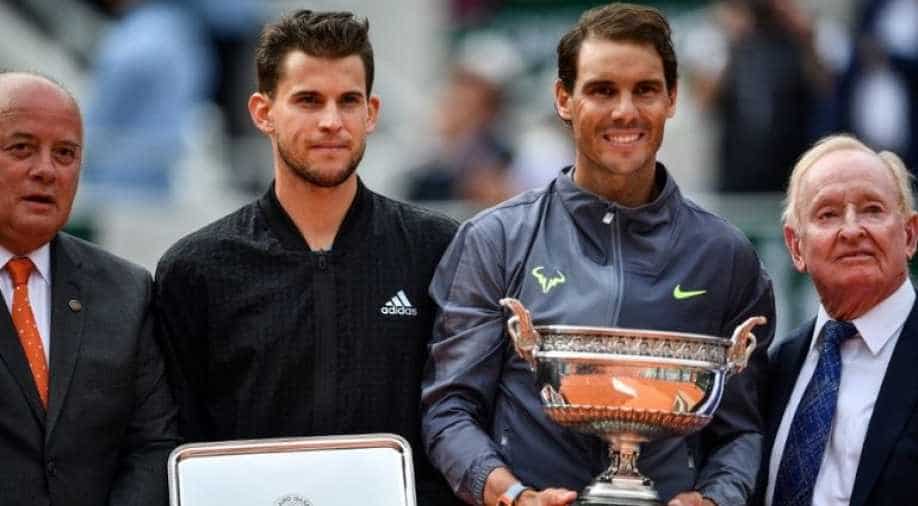 The Spaniard, who now has 18 majors to his name, also becomes the first player to win the same Grand Slam title 12 times, going past Margaret Court's 11 Australian Open titles.

He took command by winning a high-octane first set, but Thiem, who was on court for the fourth consecutive day after weather delays, stayed in the contest and fought back to go level.

Nadal's response was brutal as he won 16 of the first 17 points of the third set against a tiring Thiem, bagged it in less than half an hour.

The 33-year-old, whose Roland Garros haul started on his debut year in 2005, cruised through the fourth set and wrapped it up when Thiem sent a forehand long.