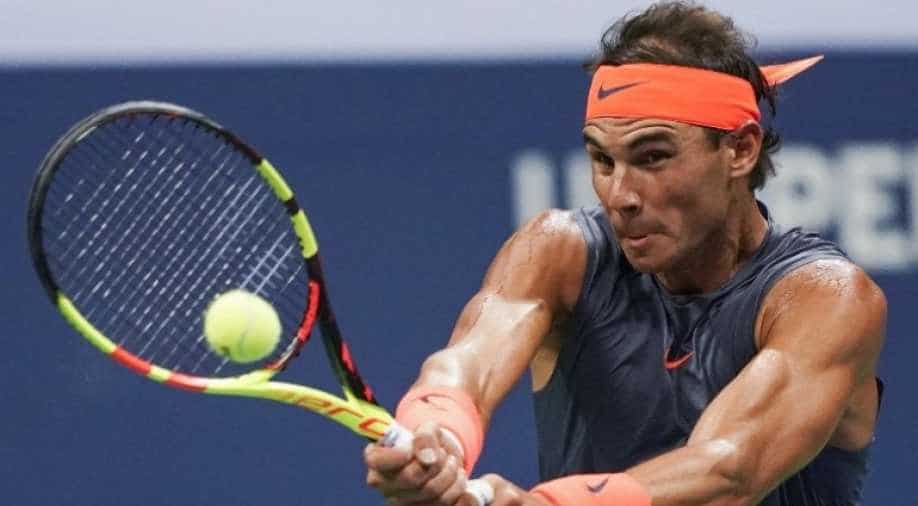 A five-time winner in Madrid, Nadal reached the semi-finals for the 11th time when Wawrinka's attempted backhand return hit the net

Rafael Nadal cruised past Stan Wawrinka 6-1, 6-2 in the last Madrid Open quarter-final Friday to set up a clash with Stefanos Tsitsipas, who edged Alexander Zverev 7-5 3-6 6-2, in the other semi.

Second-seeded Spaniard Nadal made light work of Wawrinka in the night session, looking back to his best after a disappointing semi-final exit at the Barcelona Open and suffering a virus earlier this week.

A five-time winner in Madrid, Nadal reached the semi-finals for the 11th time when Wawrinka's attempted backhand return hit the net.

"It was one of my best games for some time," said Nadal.

Federer, playing his first clay tournament for three years, raced into a 4-1 lead inside 15 minutes as he broke the 220 kilometres-per-hour barrier with some powerful serving.

He showed the same drive that saw him bagel Gael Monfils in the first set on Thursday.

The Frenchman had then battled back to force a thrilling tiebreak finale in the third set, and Thiem upped his game significantly too, taking the second set to the wire.

Federer broke back to pull level at 4-4 but the Austrian broke again in the next game, sealing it with a sensational forehand over his opponent before serving out the match.

Tsitsipas played a steady game to beat last year's winner Zverev, who made 14 unforced errors in the opening set.

Zverev roared back in the second but double-faulted twice serving at 1-2 down in the decisive third, with Tsitsipas breaking and striding to victory in the battle between two of the sport's young talents.