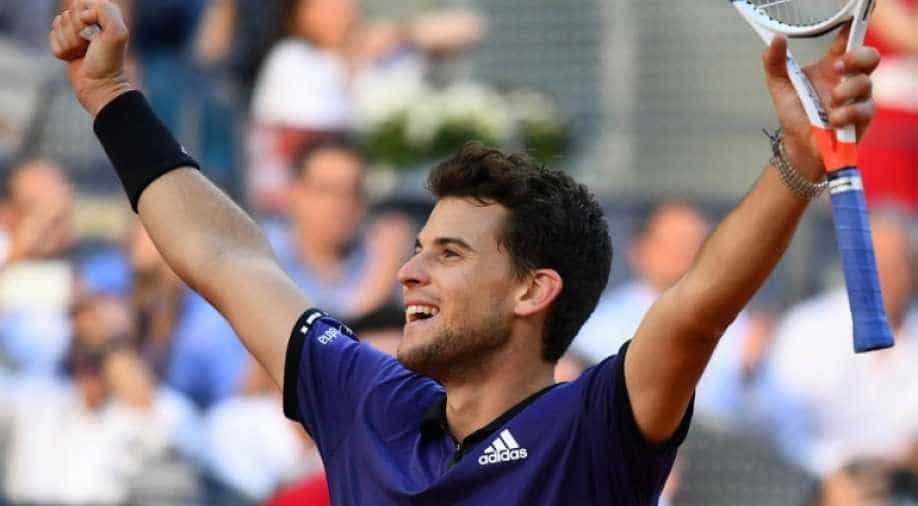 Federer, playing his first clay tournament for three years, raced into a 4-1 lead inside 15 minutes as he broke the 220 kilometres-per-hour barrier with some powerful serving

Dominic Thiem edged a thrilling clash with Roger Federer 3-6, 7-6(11), 6-4 to end the Swiss veteran's clay season comeback and reach the Madrid Open semi-finals on Friday (May 10).

Federer, playing his first clay tournament for three years, raced into a 4-1 lead inside 15 minutes as he broke the 220 kilometres-per-hour barrier with some powerful serving.

He showed the same drive that saw him bagel Gael Monfils in the first set on Thursday.

The Frenchman had then battled back to force a thrilling tie-break finale in the third set, and Thiem upped his game significantly too, taking the second set to the wire.

Thiem broke to go 2-1 in the third. Federer broke back to pull level at 4-4 but the Austrian broke again in the next game, sealing it with a sensational forehand over his opponent before serving out the match.

His next opponent, seeded one, will be well rested after Cilic's unfortunate exit.

"I have had a terrible night dealing with a case of food poisoning. I am extremely disappointed to have my time in Madrid end in this way. Thank you for the support," the Croatian said on Twitter.