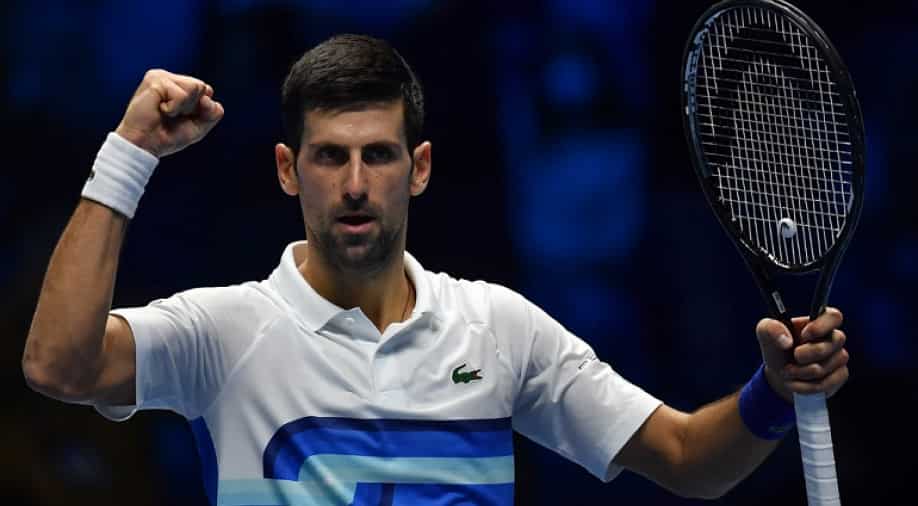 Minutes before proceedings were due to begin, journalists clicked on a just-expired Microsoft Teams link supplied by the court, unaware that the court had replaced the link.

Due to coronavirus restrictions, the hearing was conducted virtually, through audio visual links between the judge`s chambers and lawyers for the government and Djokovic.

Minutes before proceedings were due to begin, journalists clicked on a just-expired Microsoft Teams link supplied by the court, unaware that the court had replaced the link. Expecting to see proceedings in real time, they were instead confronted with pornographic images.

News Corp`s head of digital sport, Emily Benammar, observed wryly that the online intruders had at least supplied a missing ingredient in what had become one of Australia`s biggest court room dramas of recent years.

Australian journalist Sarah Dankert described the ensuing chaos, including some joker groaning "Nole", a diminutive for Novak.
"While there`s a public broadcast, there`s an old teams link that is still working for the Djokovic case and the court official is gone after having trouble with mute all.

"We`ve had techno blasting, giggling, shouting and someone is just saying Nole repeatedly in a pained voice."
That link, which had been shared widely on social media in the days prior, had been replaced by a new link, which the court sent around to media. And when the hearing was scheduled to begin, at 10 a.m., the new link led to a website which had crashed due to over-visitation.

The trouble didn`t end there. Once the link was back up and running, the court proceedings were accidentally interrupted by a member of the public, who joined the live stream but was not on mute. "We`re in," the person said, prompting a rebuke from Judge Anthony Kelly.

"Can I ask whoever is on screen to mute themselves... the only people who should be online with their microphones are those who are making submissions to the court," Judge Kelly said.

Though some outlets could watch the federal court hearing online, most had to rely on a re-broadcast by a tennis podcast which supplied commentary over the voices of lawyers.

A court spokesman was not immediately available for comment, but apologised for the technical difficulties in a email to media.
Four hours into the hearing, the court sent around a third link - to its own YouTube channel - just in time for a belated lunch break.

After stop-start adjournments lasting three hours, at 5:12 p.m., the link worked, just in time for the final ruling: Djokovic should be free to enter the country.