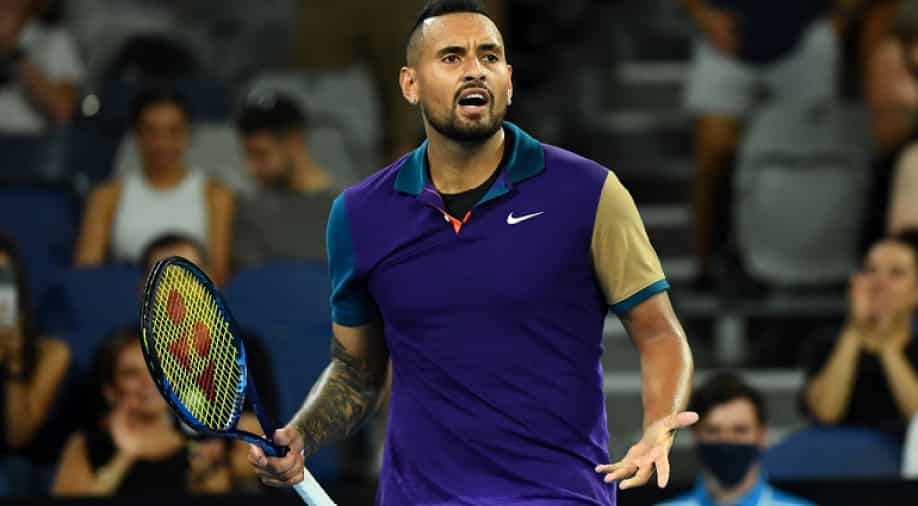 Australian tennis star Nick Kyrgios revealed he had pulled out of Sydney Tennis Classic due to COVID-19.

Nick Kyrgios said on Monday that he had pulled out of the Sydney Tennis Classic after testing positive for COVID-19, but hoped to be at the Australian Open next week "if all goes well".

Australian Kyrgios had withdrawn from the Melbourne Summer Set ATP tournament last week due to asthma, according to the organisers, and pulled out of his clash with Italian seventh seed Fabio Fognini on Monday.

"I just want to be open and transparent with everyone, the reason I have had to pull out of Sydney is because I tested positive for COVID," Kyrgios said on Instagram.

"I am feeling healthy at the moment with no symptoms. I wish everyone all the best and to stay safe where you can. If all goes well I will see you all at the Australian Open."

Kyrgios, a crowd favourite at Melbourne Park, has not played since late September due to knee issues and has slipped to 114th in the rankings.

He was ruled out of contention for the Australian team for the season-opening ATP Cup in Sydney this month.
The 26-year-old has played only 15 matches in 2021, winning seven of them and heads into the year`s first Grand Slam with no tune-up matches under his belt.