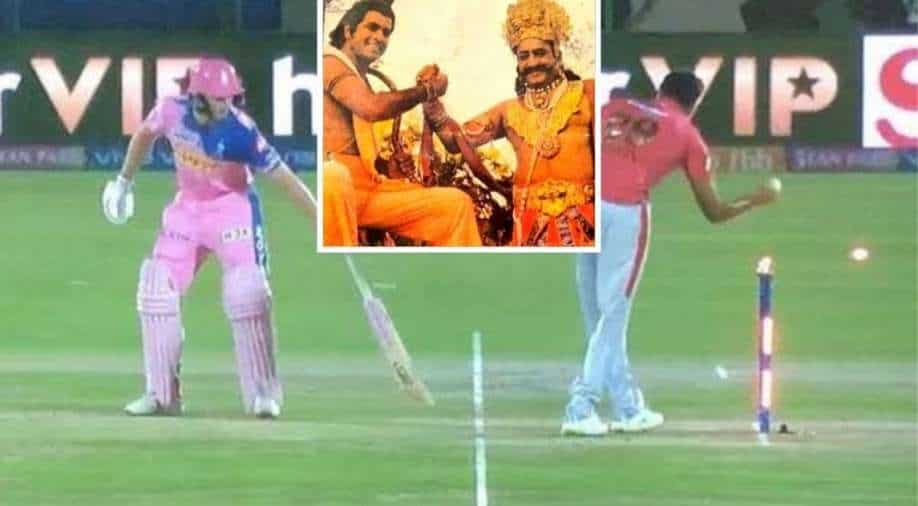 The purchase became fodder for memes on social media as Ashwin is set to join wicketkeeper-batter Jos Buttler. Both of the cricketers are known for the famous Mankad controversy.

The incident took place during RR's match against Kings XI Punjab (now Punjab Kings) in Jaipur on March 25, 2019 when Ashwin ran out Buttler at the non-strikers end after the batter had backed up too far.

The incident impacted the result of the match as chasing 185, RR looked good at 108/2 with Buttler batting on 69, but the controversial run out triggered a collapse and RR lost the match by 14 runs.

Rajasthan Royals CEO Jake Lush McCrum said they spoke to Buttler about their preferences. While interacting with media, Jake said, "We spoke to Jos prior to the auction and just talked through all of our prioritisation of players."

"Honestly, he didn't even think about it (his run out by Ashwin at the non-striker's end in 2019). I had to sort of bring it up to just check it was okay. And he said 'it's absolutely fine'," Jake added.

It may be 'absolutely fine' for the players, but Twitterati definitely had a field day today with memes. Here are some of the funniest of them.

Haha Ashwin to Rajasthan. Will love him plotting a Mankad with Buttler.

Buttler and Ashwin at the same franchise 👀

Krunal and hooda,
Ashwin and butter in same team. pic.twitter.com/Hpm9QQ3D4v