IPL 2022 mega auction: Mumbai Indians go all out to buy back Ishan Kishan for Rs 15.25 crore 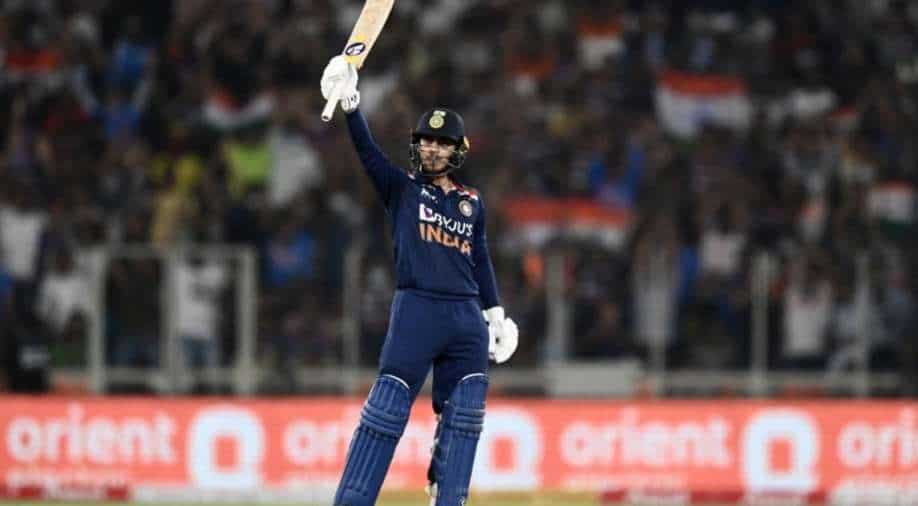 Ishan Kishan has created a huge storm. The 23-year-old wicketkeeper-batter was expected to make heads turn in the IPL 2022 mega auction on Saturday (February 12). As expected, he attracted quite a lot of bids as soon as broadcaster Charu Sharma announced his name in the middle.

Mumbai Indians (MI), Gujarat Titans (GT), Sunrisers Hyderabad (SRH), Punjab Kings (PBKS) were involved in an intense bidding war for the youngster before the five-time champions Rohit Sharma-led MI camp regained Ishan's services for INR 152.5 million (INR 15.25 crore). The swashbuckling keeper-batter has a strike-rate of 136.34 and has been groomed in the MI setup. In IPL 2020, he returned with 516 runs at 145.76 and played a key role in the Men in Blue's title win.

Ishan has now become the costliest buy on Day 1 of the two-day mega auction in Bengaluru. He has also shattered record by being the most expensive player bought by the Mumbai-based franchise in the auction proceedings.

So far, Ishan has amassed 1,452 runs in 61 IPL games at a strike-rate of 136.34 with a high score of 99. He has been hailed by many former cricketers and experts of the game for his wide range of shots and also being a gun fielder if not given the keeper's gloves. Deemed to be the next-big-thing, Ishan has surely made heads turn by going at a whopping price in the two-day mega auction.