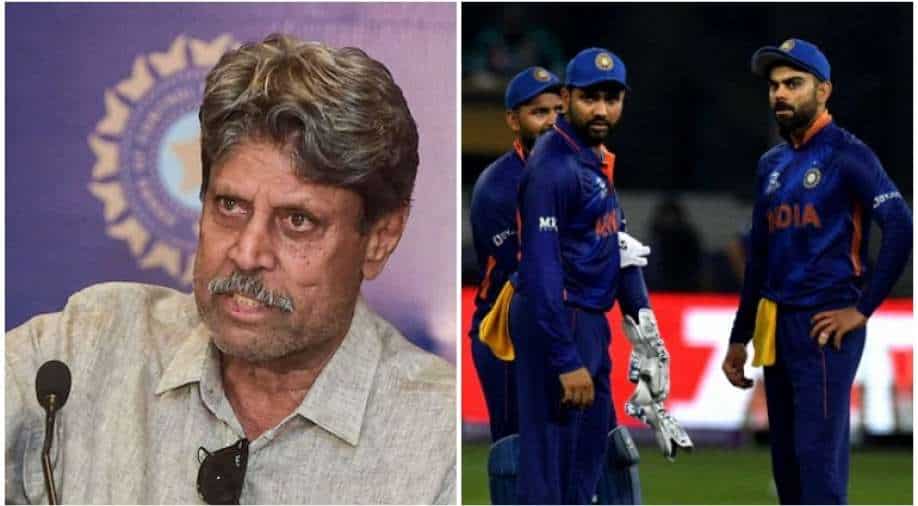 Virat Kohli, on Wednesday (December 15), interacted with the media in BCCI's customary press conference before Team India's departure for South Africa. In the presser, the 33-year-old tried to clear the air on many issues which have been prevalent in Indian cricket following the ODI captaincy switch.

During the presser, Kohli was asked to share if he had any communication with the BCCI prior to his sacking as the ODI captain and if the board members had asked him to reconsider his decision of quitting as the T20I captain. He, thus, denied having any proper communication in advance before his removal as the ODI skipper and even rubbished claims that he was asked to reconsider his decision of resigning as the captain in the shortest format. Thus, there have been many reactions post Kohli's explosive press conference.

Talking to ABP News, Kapil said, "It is not good to point fingers on anybody at this point in time. The South Africa tour is coming and please pay attention to the tour. I would say board president is board president but yes, the Indian cricket team captain is also a big thing. But talking badly about each other in public, I don't think it is a good thing, whether it is Sourav or Kohli."

He added, "You have to control the situation and it would be better to think about the country first. Whatever is wrong will be known soon but speaking publicly about the topic, I think, is wrong at this time. I would not want to see any controversy ahead of an important tour."

BCCI chief Sourav Ganguly has also reacted to Kohli's claims, which are contrary to what was said by the board president. Hence, Ganguly told News18, "I have no comments to make. The BCCI will deal with it appropriately."

Amid all the mess, India have left for South Africa where the national side is scheduled to play three Tests and equal number of ODIs. The tour will commence with the first Test on December 26 in Centurion.