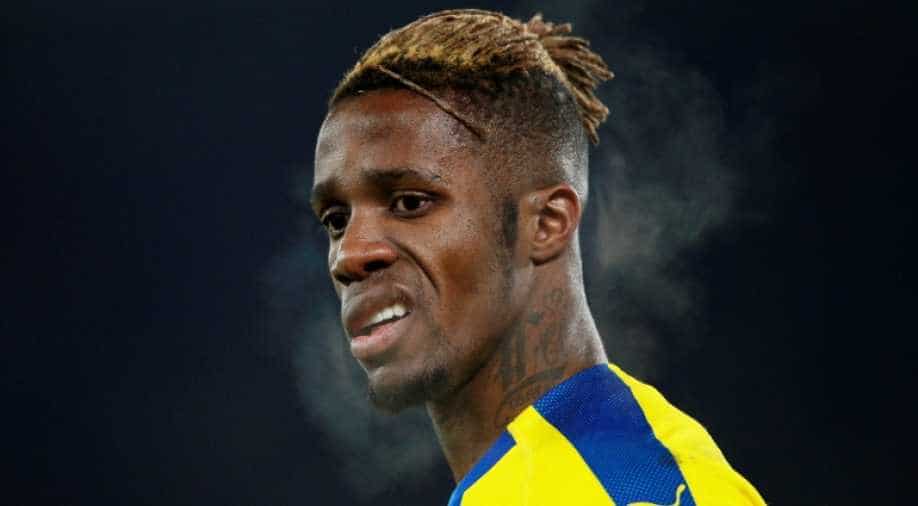 Zaha, who had given Palace a first-half lead at St Mary's, was dismissed for sarcastically applauding referee Andre Marriner in the 87th minute.

Crystal Palace forward Wilfried Zaha has apologised to his team mates for getting sent off in his side's 1-1 draw with Southampton in the Premier League on Wednesday.

Zaha, who had given Palace a first half lead at St Mary's, was dismissed for sarcastically applauding referee Andre Marriner in the 87th minute, moments after being cautioned for tangling with James Ward-Prowse.

"All I can do is apologise to the team and the fans for my red card tonight because I could have cost us today," the 26-year-old Ivory Coast international wrote on Twitter.

"I will learn from it for sure."

Palace boss Roy Hodgson felt sympathetic towards Zaha, who was fouled multiple times during the match, but said he cannot "condone" the reaction that led to his dismissal.

Ward-Prowse's equaliser in the 77th minute meant Southampton and Palace remain level on 23 points in the league table, four points above relegation zone.