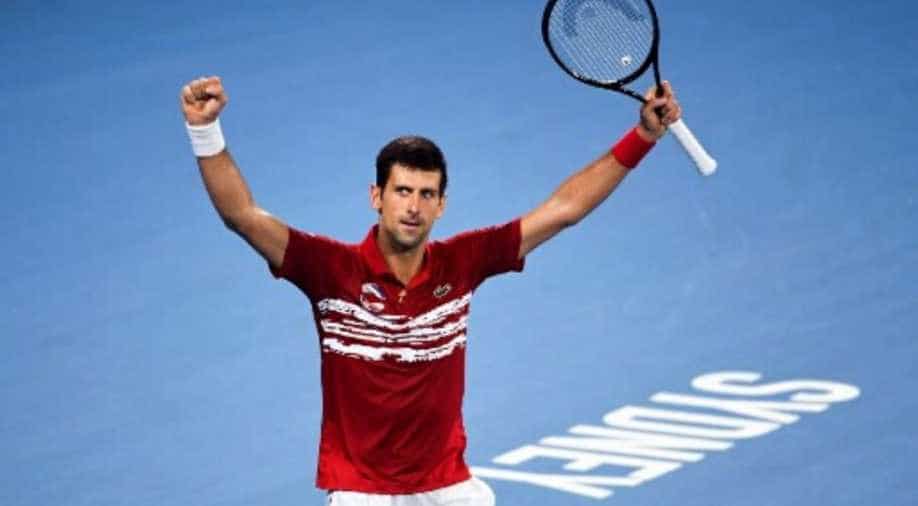 World no. one tennis star Novak Djokovic, who tested positive for COVID-19 last week, has donated more than 40,000 euros to a Serbian town hit hard by the pandemic.

World no. one tennis star Novak Djokovic, who tested positive for COVID-19 last week, has donated more than 40,000 euros to a Serbian town hit hard by the pandemic. The 33-year-old Serbian ace donated the sum to Novi Pazar to help them battle the outbreak of the dreaded virus.

The Serbian town declared a state of emergency in late June due to the spread of coronavirus. Since restricting the first outbreak of the respiratory disease in early May, Serbia is witnessing a fresh surge with more than 200 cases daily as compared to around 50 a month back.

Serbia was recently in the spotlight after allowing Djokovic to organise the ill-fated Adria Tour that started in Belgrade before cases of COVID-19 forced the organisers to call it off. Apart from Djokovic, Grigor Dimitrov, Borna Coric and Viktor Troicki – who partipated in the event tested positive.

While the event witnessed capacity crowd, there was no social distancing measures as players embraced across the net, played basketball and were spotted dancing in a nightclub in Belgrade. Djokovic has been central to widespread criticism following the Adria Tour.

The Serbian ace issued a heartfelt apology for organising the Adria Tour as the world no. one said he was “so deeply sorry” that the tournament “caused harm”. Djokovic’s wife Jelena also tested positive for the coronavirus.

While many tennis stars lashed out at Djokovic for organising the event, the Serbian has received backing, notably from Manchester United midfielder Nemanja Matic and Serbia Prime Minister Ana Brnabic. Nick Kyrgios is one of the tennis stars to have publicly criticized Djokovic.

Meanwhile, Serbia has registered around 15,000 coronavirus cases and 281 deaths.