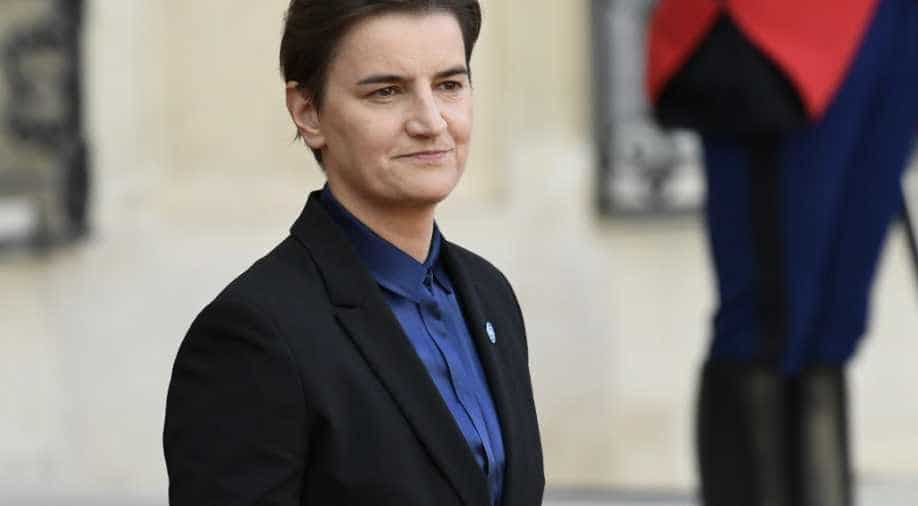 Serbia Prime Minister Ana Brnabic has supported world no. 1 tennis player Novak Djokovic after the Serbian ace was massively criticized after conducting the ill-fated Adria Open in Serbia and Croatia.

Serbia Prime Minister Ana Brnabic has supported world no. 1 tennis player Novak Djokovic after the Serbian ace was massively criticized after conducting the ill-fated Adria Open in Serbia and Croatia. Four tennis players, including Djokovic, were tested positive following the event with the Serbian releasing a heartfelt apology for the fiasco.

Brnabic said Djokovic tried to do something for the whole region and wanted to help young and non-established tennis players while raising money for humanitarian purposes. The Serbian PM further urged everyone should leave Djokovic alone and rather shift the blame on her.

"Every part of him. He tried to do something good for the whole region," Brnabic said in an interview with PinkTV.

"To put politics aside and help young and non-established tennis players, as well as to raise money for humanitarian purposes. If they could shift the blame on me personally, as Prime Minister, and leave Novak alone, I would love it," she added.

Djokovic has also found support in Manchester United and Serbian international Nemanja Matic as the midfielder said that the situation in Serbia was completely different from other parts of the world and Djokovic did nothing wrong by conducting the event.

The likes of Grigor Dimitrov, Borna Coric and Viktor Troicki were tested positive for COVID-19 after attending the Belgrade leg of the exhibition event. Djokovic and his wife were also tested positive for the dreaded virus with NBA star Nikola Jokic, who attended the event in Serbia, also contracted the virus.

Some of the tennis players, including Djokovic, were also seen partying at a nightclub in Belgrade to celebrate the success of Adria Tour before all hell broke loose.

"People need to understand that the situation in Serbia was better than here. The country allowed everyone to do whatever they want, everything was open, the shopping centres and the restaurants," Matic told Sky Sports.