Not Virat Kohli! Wasim Jaffer names Indian youngster who should open with Faf du Plessis for RCB in IPL 2022 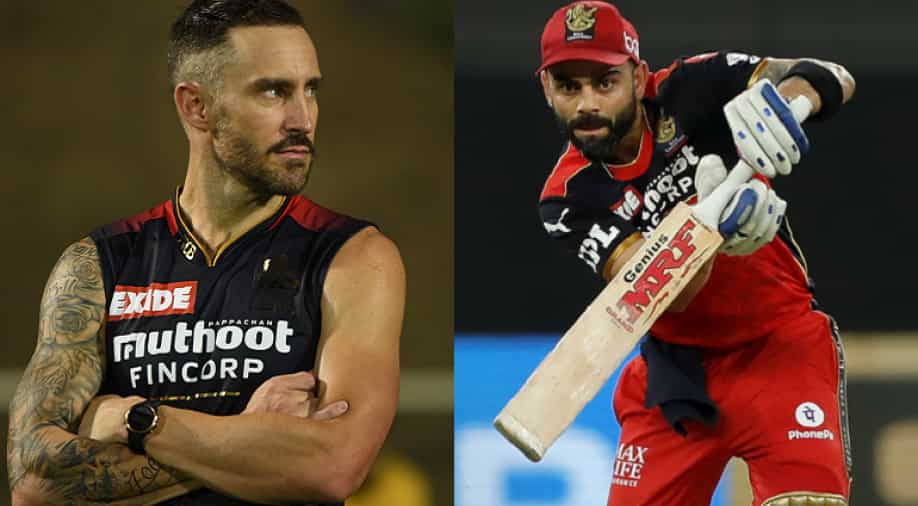 Former India cricketer Wasim Jaffer has named an Indian youngster who he feels should open the batting with Faf du Plessis for RCB in IPL 2022.

A new-look Royal Challengers Bangalore (RCB) will take the field in the upcoming Indian Premier League (IPL) 2022 this year. RCB will be led by their new captain Faf du Plessis, who has replaced Virat Kohli as the skipper of the side and the franchise will also be without one of their biggest superstars AB de Villiers, who has retired from cricket. This will be RCB's first season without Kohli as the captain of the side.

Kohli led the side for eight years since taking over the captaincy in 2013 and had led RCB to playoffs in the last two seasons. However, the team failed to lift their maiden IPL trophy under the former skipper. With Du Plessis now in charge, RCB will be hoping for a turnaround in fortunes this year.

Du Plessis, who was roped in by RCB for a sum of Rs 7 crore (INR 70 million) at the IPL mega auction last month, is expected to open the batting for the team in the upcoming season. Du Plessis, who was with four-time IPL champions Chennai Super Kings last season, enjoyed some of his best performances as an opener for the MS Dhoni-led side.

While there have been speculations that Kohli might pair up with Du Plessis at the top to open the innings for RCB in IPL 2022, former India cricketer Wasim Jaffer has suggested another name for the opening slot. Jaffer believes Kohli will be best suited to bat at number three where he can pace his innings well. The former India batter wants RCB to play uncapped Indian youngster Anuj Rawat as an opener.

“I also feel that Faf and Virat are similar kinds of players so Virat at No. 3 and Maxy (Glenn Maxwell) at No. 4 seems a better combination. Anuj Rawat, he’s a left-hander as well, bats in the powerplay for Delhi, opens in the [Syed] Mushtaq Ali [Trophy] - we could see him opening the batting and I would like to see Virat at No. 3," said Jaffer on EspnCricinfo.

Explaining the reason behind his suggestion to not open the batting with Kohli, Jaffer said the former RCB skipper has his own style of pacing his game and often tries to force himself a bit in the powerplay which is not his game.

“I prefer Virat Kohli batting at No. 3. I feel he can pace the game very well from there whether he comes to bat in the powerplay or after that," said Jaffer.

“He’s somebody who takes some time initially and then his strike rate progressively goes up. In the powerplay, it seems as he forces himself a bit to hit by using the crease which I don’t think is his game. He’s obviously been successful as well but I think he plays better at No. 3," he added.

Also Read: 'Expected him to be like that': Gautam Gambhir opens up on his on-field spat with Virat Kohli in IPL 2013

RCB will open their IPL 2022 campaign against Punjab Kings on March 27 before locking horns with Kolkata Knight Riders in their next game on March 30.